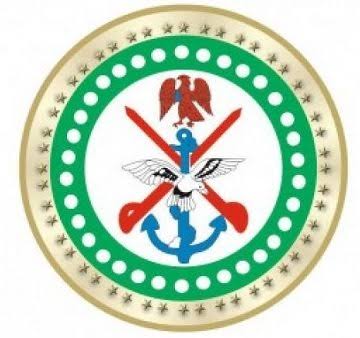 The Military Pensions Board, MPB, has reacted to what they termed “false allegations” claiming that widows of deceased officers are yet to be paid the death benefits of their husbands several years after demise.

According to a statement issued Friday, 19 November by the Board’s Public Relations Officer (PRO), Flight Lieutenant Olayinka Lawal, the allegations were published on the Premium Times and Human Angle websites, and the deceased officers are 91NA/32/4128 Corporal Oladejo Joseph and 04NA/55/1726 Lance Corporal Sunday Orji. It also added that “these claims are totally false and should be disregarded by well-meaning Nigerians”.

TheFact Nigeria reports that preliminary investigations carried out by the Military Pensions Board on the said allegation revealed that the death benefits of the two soldiers were paid to their recorded Next of Kins (NOKs) in December 2013 and November 2018 respectively.

“For the purpose of emphasis, the death benefits of 91NA/32/4128 Corporal Oladejo Joseph was paid to the First Bank account of one Precious Joseph Ayomide who happens to be the daughter and recorded NOK of the deceased soldier in the Board’s database, while the death benefits of 04NA/55/1726 Lance Corporal Sunday Orji was also paid to the Guarantee Trust Bank account of Mrs Emilla Orji Sunday who is the wife and the recorded NOK of the deceased soldier”, the statement said.

The statement further informed that though the account numbers and the amounts paid to these NOKs are not published for reasons of confidentiality, they could be made publicly available if the need arises.

Consequently, the MPB has requested the publishers of “this false story to immediately publish a rejoinder to set the records straight and to allay any fears this publication would have caused personnel of the Armed Forces of Nigeria in particular, their NOks and Nigerians in general”.

The Board, in the statement, encouraged pensioners, NOKs, well-meaning Nigerians members of the press to always contact the Board through its call center on 09087447782 or 09087994694 whenever in doubt about their processes and procedures. They also reiterated that, distractions notwithstanding, they remain resolute and will continue to sustain the prompt payment of all entitlements due to military retirees or their NOKs in a prompt and accountable manner.

Wizkid’s ‘Made In Lagos’ Submitted For 2022 Grammys Nomination

I’m Not Aware Of NIMASA Waiver On Foreign Vessels -Amaechi

Border Closure Policy: Why We Exempted Dangote, BUA, Others -FG