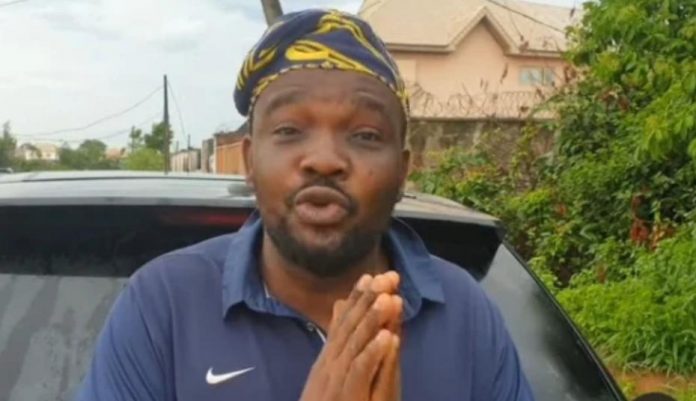 Following the death of Babatunde Omidina, popularly known as Baba Suwe, Nollywood actor, Yomi Fabiyi, joined others to pay tribute to him.

Baba Suwe died on Monday at the age of 63 years after battling an undisclosed sickness.

The ace comic actor’s troubles started in 2011 when he was apprehended by the National Drug Law Enforcement Agency (NDLEA) at the Murtala Mohammed International Airport.

He was falsely accused of trafficking drugs and was detained for three weeks but was granted bail after no drugs were found on him.

The veteran actor alleged that he was tortured in the NDLEA’s custody.

Following his vindication, the Lagos high court ordered the NDLEA to pay the actor N25 million as compensation.

He however revealed that he did not receive the compensation.

Reacting to his death, the late actor’s son, Adebowale Omidina, disclosed that
his father never recovered from his ordeal with the drug agency.

Yomi Fabiyi on Wednesday decided to lay urses on those “who inflicted and supported the pains and torture” on Baba Suwe.

“I really don’t wish for this moment, but God understands. I cried out, spoke out, but they tried to silence and hurt me for speaking up,” Fabiyi wrote, a post on his verified Instagram account on Wednesday.

“They envy everything, including voices that fight against injustice. They use social media to kill the voice of reason.

“Those fellow citizens who inflicted and supported the pains, torture done on you Baba Suwe because they have the tools of public service power are cursed and will never know peace.

“Their generation shall not be free from such wickedness and injustice even if justice is sold for free in the land.

“Using torture or unlawful, excessive force for investigation is the purest evil and wickedness to mankind. A gross human rights violation.

“We must understand that only forward-thinking Nigerians can save this country. The idea of ‘This is Nigeria’ is the reason why we have not moved forward.

“They always rely on quack approaches and ideas that have sent many innocent people to gallows and avoidable deaths.

“Everyone is raised with brutality and violations, hence we can’t understand why we don’t place value for lives and right protection first. Pains. Rest on Pressy.”

Baba Suwe will be buried at his Ikorodu residence on November 25.