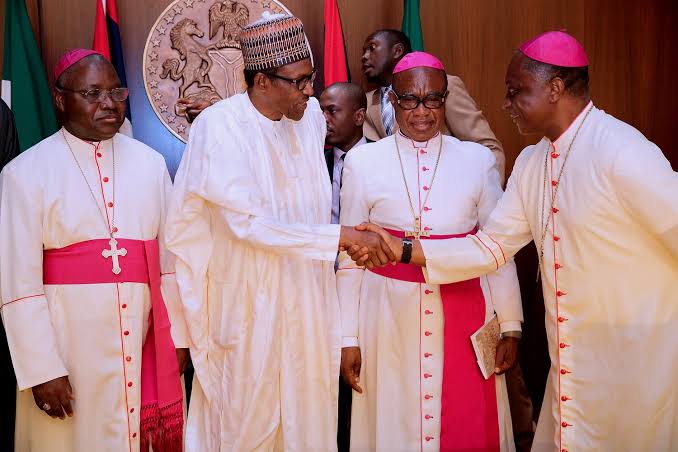 The Catholic Bishops Conference Of Nigeria (CBCN) has appealed to the federal government to release those who were arrested and detained for criticizing the President Muhammadu Buhari led administration.

The CBCN made the appeal on Friday in a Christmas message signed by it’s President, Most Revd. Augustine Akubueze.

TheFact Nigeria notes that the CBCN called on Nigerians to pray for a government that would listen to the cry of the led.

According to the statement,“ We grow faster and better when we listen to the other person. The Lord speaks to us through the good counsel of our neighbour.

“I invite you to join in praying for a Nigeria Government that will listen to everyone. Our political office holders at all levels should act according to the mind of their constituents.

“ To listen, you must concede that the other person has dignity and goodwill. No one should lead with a mindset that they have the monopoly for solving every problem.

“We call on the Federal Government to release all those being held in captivity and those charged because they spoke on how to move the nation forward. one may not agree with everyone. Still, one has to fight for the right of everyone to speak, and the other should listen.

CAN Describes Uche Nwosu Arrest As Desecration Of God’s House