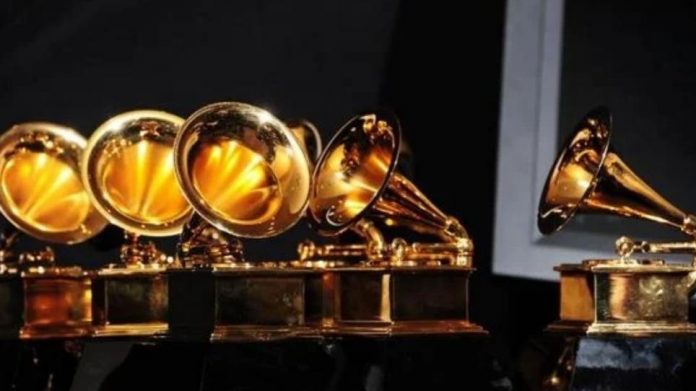 It has been announced that the 2022 edition of the Grammy awards has been postponed till further notice.

The Recording Academy broke this news in a joint statement released via its website.

It disclosed that the indefinite postponement of the Awards ceremony was prompted by the rising cases of the Omicron COVID-19 variant globally.

The statement indicated that if this year’s edition of the annual awards holds on January 31 as planned, it will “ contain too many risks.”

The organisers however stated that a new date for the awards would be announced in due course. It also added that the health and safety of its officials will always be prioritized over anything else.

“After careful consideration and analysis with city and state officials, health and safety experts, the artist community and our many partners, the Recording Academy and CBS have postponed the 64th annual Grammy awards Show,” it read.

“The health and safety of those in our music community, the live audience, and the hundreds of people who work tirelessly to produce our show remains our top priority.

“Given the uncertainty surrounding the Omicron variant, holding the show on January 31st simply contains too many risks. We look forward to celebrating Music’s Biggest Night on a future date, which will be announced soon.”

Nigerian artistes like Wizkid, Femi Kuti, Made Kuti, and Burna Boy have been nominated for the awards.

Wizkid was nominated in the ‘Best Global Music Performance’ category for ‘Essence’, his collaborative song with Tems.

Also nominated in the category is ‘Pa Pa Pa’ by Femi Kuti and ‘Do Yourself’ by Angelique Kidjo and Burna Boy.

Wizkid’s ‘Made In Lagos’ album and ‘Legacy +’ by Femi and Made Kuti were put up in the ‘Best Global Music Album’ category.