The Economic and Financial Crimes Commission, EFCC, has disclosed various sums that it recovered in the course of its operational activities in 2021.

The Commission’s review of its activities in 2021 and the sums recovered, in various currencies, was made known via a press release today, by its Head of Media and Publicity, Mr. Wilson Uwujaren.

TheFact Nigeria reports that the Commission had, on 6 January, 2022, as part of the review of her operational activities carried out in the outgone year, disclosed that it had secured a total of 2,220 convictions across its various Commands nationwide, with its Lagos command recording the most convictions – 481, closely followed by the Ibadan Command with 324 convictions, while the Port Harcourt Zonal Command had 230 convictions. 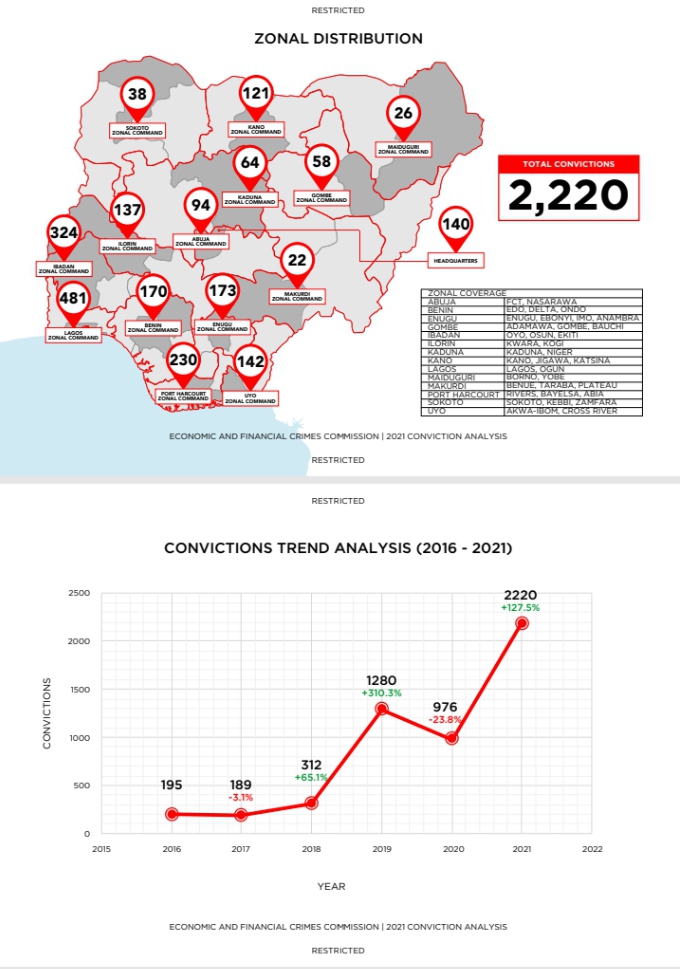 Giving an overview of the performance, the Executive Chairman of the Commission, Abdulrasheed Bawa, explained that the monies included direct and indirect recoveries for the different tiers of government (Federal, State and Local Governments), corporate organizations and individuals (victims of crime) within the year under review. 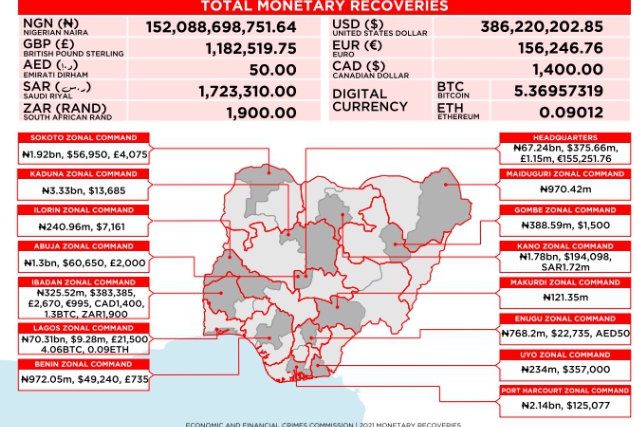 The anti-graft czar, while commending the personnel of the Commission for the performance, urged them to redouble their efforts to ensure that perpetrators of economic and financial crimes are denied the benefit of the proceeds of crime.