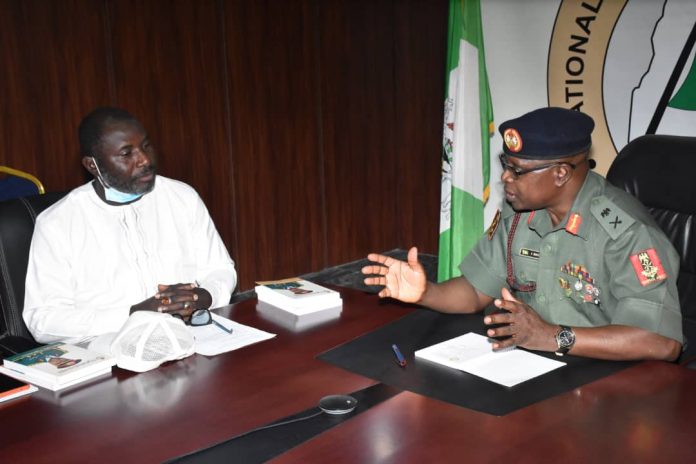 The Director-General of National Youth Service Corps, Major-General Shuaibu Ibrahim has called on the NYSC President’s Honours Awardees and other youth organisations to get more involved in intensifying advocacy for the actualisation of the proposed NYSC Trust Fund.

A statement signed by the Deputy Director, Press and Public Relations, Mr. Emeka Mgbemena said Ibrahim gave the charge on Wednesday, February 9, 2022, when he received a delegation of the National Association of President’s NYSC Honours Awardees (NAPNHA) on courtesy call at the Directorate Headquarters, Abuja.

TheFact Nigeria gathered that the proposed Trust Fund was expected to provide sustainable source of funds for NYSC skill acquisition training and provision of start-up capital to corps members, train and retrain the personnel of the NYSC, develop camps and NYSC formations and also provide facilities therein.

General Shuaibu enjoined (NAPNHA) to be steadfast in projecting the positive contributions of the NYSC Scheme to national development through narrating their youth service experiences which have impacted them and turned around their fortunes.

He said as stakeholders who served diligently and excelled in all cardinal programmes of the Scheme, the Honours’ awardees are more eminently qualified to” tell the positive story of NYSC better which brought you to where you are today.”

While commending them for being good ambassadors of the Scheme, he further enjoined them to key into the rebranded NYSC and make positive contributions in making the Scheme more relevant than ever before.

He said the Scheme had really weathered many storms in the last 49 years which strengthened its strategic role in national development.
“Your passionate desire to support the NYSC shows your level of patriotism in offering yourselves to give back to the society that made you what you are today”, Ibrahim said.

The DG who enumerated his numerous achievements which include strengthening the NYSC SAED Programme, reinvigorating NYSC ventures, establishing NYSC Museum and Radio studio, as well as enhancing greater stakeholders engagement to galvanize support for the Scheme also called on them to reach out to more honours awardees who can inspire serving Corps Members.

The President of the Association, Engineer Aliyu Garba intimated the DG of their mission to promote the ideals of the NYSC through purposeful advocacy, technical support and mentorship on Community Development Service activities, as well as intensive publicity of the Schemes achievements.

He specifically extolled the sterling leadership qualities of the General Shuaibu Ibrahim and his policy thrust which scaled up the visible impact of the Scheme. 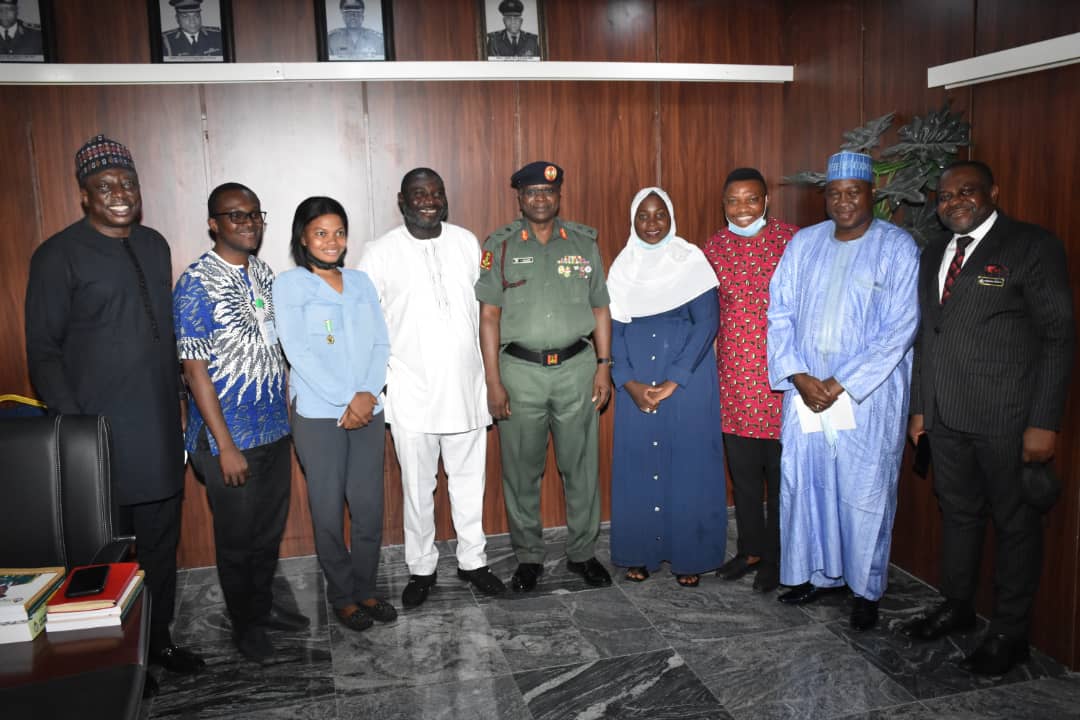 Engineer Aliyu pledged the association’s commitment towards keeping the flame burning through signature projects across the nation in partnership with governmental and private entities.

Those on the delegation include Bassey Akpan, Juwairiyya Musa, Seriki Adetutu and Deinsam Ogan.

In the same vein, the DG also played host to the Executive members of the Nigeria Youths Senate who paid a solidarity visit to lend their support for the establishment of NYSC Trust Fund.

General Shuaibu told the delegation that if the proposed NYSC Trust Fund scale through, it would address post-service unemployment and empower the Nigerian youths to be gainfully engaged.

He solicited for their support and cautioned them against social vices like drug addiction, cyber crime and indulging in ethno-religious crisis.

The President of the Youths Senate, Comrade Gabriel Gabon appreciated the DG for providing proactive leadership and pledged to support the NYSC Trust Fund through right advocacy and appearance at the public hearing on the proposed bill.