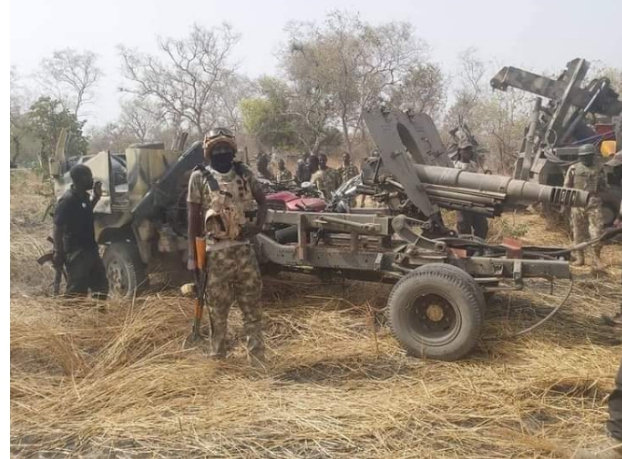 Troops of Operation Hadin Kai have captured a terrorist stronghold of Ukuba/Camp Zairo in Sambisa Forest.

According to a statement signed today by the Director, Defence Media Operations, Major General Bernard Onyeuko, the troops in a Special Operation code named OP Desert Sanity, on Thursday, 24 March, routed the terrorists and captured their enclave in what he describes as a blitzkrieg.

TheFact Nigeria reports that the operation led to the terrorists fleeing the camp, leaving behind their heavy weapon arsenal.

Gen Onyeuko, while noting that the capturing of the terrorists stronghold, Camp Zairo is a major setback to the terrorist criminals, revealed that further exploitation is still on going.

“The military High Command further commends the ever conquering troops of Operation Hadin Kai for the immense success and enjoined them not to rest on their oars but use this as a springboard to finally defeat the insurgents and also keep up the fighting spirit”, the statement said.

Camp Zairo, the command and control of the Boko Haram terrorist group, was first captured in December, 2016.