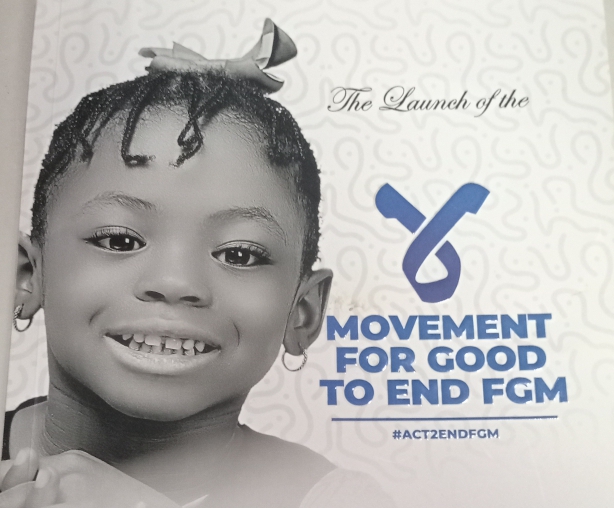 The United Nations (UN) Resident and Humanitarian Coordinator in Nigeria, Matthias Schmale has disclosed that, even though the country made strong commitement to end Female Genital Mutilation (FGM) by 2030, statistics show that at the current pace, achievement of that goal will be elusive.

Schmale made the disclosure in Abuja, at the “Launch of the Movement For Good to End Female Genital Mutilation”, on Thursday, April 28, 2022.

He explained that, FGM is a practice which violates women and girls rights to life, health and dignity as well as their bodily autonomy. He further said there were no known psychological or biological benefits of the practice, therefore “the time to end FGM in Nigeria is now and the responsibility to do so lies with us all”.

Speaking frankly on the current status of the country with regards to stopping FGM, Schmale noted: “Nigeria has made strong commitement to end FGM by 2030, with less than 7years to go, we are unfortunately seriously offtrack as the numbers show, to end FGM by 2030”.

He said to accelerate norm change and achieve the target of eliminating the practice at the scheduled year, there was need for strong political commitement, availability of reliable data to inform public initiatives, programming and advocacy. Also, increased funding, tailored and comprehensive preventive services and responsive services for survivors of FGM.

He further explained that the practice had no scientific, religious or medical benefits but rather, it is laden with many serious health hazards and complications in which some of them are unfortunately irreversible.

Commenting on the progress made so far in halting the practice, Ehanire said: “The 2021 UN joint program situation analysis showed the prevalence of Female Genital Mutilation, happily enough, declining across all states due to the focused intervention over the past decade. It also reveals that the support for FGM by women has been declining which also indicates the development in weakening the practice”.

He concluded his address with the charge for everyone to create awareness that there is absolutely no benefit from Female Genital Mutilation.

Similarly, the Minister of Women Affairs, Mrs Paullen Tallen, said Female Genital Mutilation is evil and must be stopped.

She said eliminating FGM was crucial to realising many of the Sustainable Development Goals (SDGs), therefore, there was need for intensified advocacy to all the nooks and crannies of the country.

Tallen noted that, “Statistics has shown that Nigeria has the highest number of cases of FGN in the world, accounting for about one hundred and fifteen million out of one hundred and thirty million circumcised women worldwide.

“The south south zone with 77% amongst adult women has the highest prevalence practice in Nigeria. This is followed by the south east zone with 68% and the south west zone with 65%. The northern part of Nigeria also is not totally free of this practice but it’s very very limited”, she said.

While speaking to Journalists, Tallen stated that she strongly believes that, with the commitement of law enforcement agencies, traditional and religious leaders, Nigeria will eliminate the harmful practice of FGM before 2030.

One of the call to action for the Movement was to mobilise at least 5million people in Ebonyi, Imo, Osun, Ekiti and Oyo states to pledge using the hashtag “#ACT2ENDFGM” through Social Media, SMS, U-report,YOMA, a Dedicated campaign website and Community Outreach Activities.