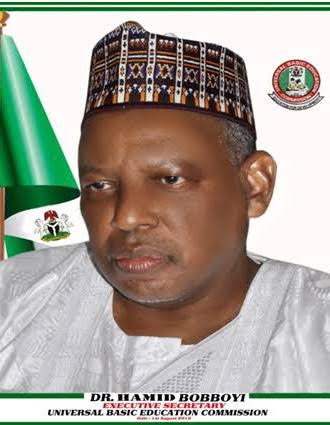 The Federal Government on Thursday tasked traditional and religious leaders in the country to join forces with the Government in it’s effort to reduce the high number of out-of-school children estimated at 10.5 million and myriads of other challenges besetting basic education in the country.

This is just as the Christian Association of Nigeria (CAN) has called for an end to the strike embarked on by the Academic Staff Union of Universities (ASUU), while also demanding for return of all mission schools in the country to their original owners as a way to arrest the gradual erosion of values and morals in schools.

Executive Secretary of Universal Basic Education Commission (UBEC), Dr. Hamid Bobboyi and Secretary-General of CAN, Barrister Joseph Daramola, spoke in Abuja at the one-day consultative meeting of the National Planning Committee on the 2022 National Personnel Audit (NPA) with religious leaders on the modalities for the conduct of NPA in all basic education institutions in Nigeria.

The first phase of the school census exercise would commence on Monday, 6th June, 2022 in the southern part of the country.

Bobboyi who was represented by the Deputy Executive Secretary (Services), Dr . Isiaka Kolawole, in his address, acknowledged the key role being played by traditional rulers and religious leaders in the implementation of Universal Basic Education (UBE) in the country, urging them to continue to collaborate with the Goverment in addressing the challenge out-of-school children while ensuring quality basic education is delivered to the citizenry.

He also appealed to the religious leaders whom he noted have many schools across the country to support the NPA exercise, saying dearth of data on basic education has remained a major challenge to its implementation in Nigeria as education planners and decision-makers had to make do with data that is not up-to-date or outrightly falsified.

He said it was against this backdrop that the Commission with the State and Federal Capital Territory (FCT) Universal Basic Education Boards conducted national personal audits in 2006, 2010 and 2018, explaining that the 2018 exercise was more comprehensive as it covered all categories of public and private education institutions unlike the previous exercises that were limited to public schools only.

“We are in the process of conducting another personnel audit of all
educational institutions in the country offering full or elements of basic education. This is for the purpose of collecting school data on enrolment, personnel, and facilities, among others.

“The importance of up-to-date, accurate and reliable data in the planning and implementation of educational programmes cannot be over-emphasised.

“Data enables us to plan effectively
towards systematic achievement of the educational objectives, track progress made, identify the strengths and
weaknesses of implementation strategies, and form the basis for making informed decisions,” he said.

Deputy Executive Secretary (Technical) UBEC, and chairman of 2022 NPA National Planning Committee, Professor Bala Zakari, solicited for the cooperation of religious leaders, especially in the area of mass mobilization and sensitization of the heads of their various schools nationwide in readiness for the exercise.

Meanwhile, the Secretary-General of CAN, Joseph Daramola, speaking at the consultative meeting, decried the gradual erosion of values and morals in schools and also increased rate of examination malpractice in many schools across the country.

He said it was unfortunate that it is no longer only students that are involved in examination malpractice but parents and teachers are also culprits in this, urging goverment and regulatory authorities to be firm on issues of discipline.

“If morals are being taught in schools, armed robbery, brigandage, terrorists, and banditry would be a thing of the past. Parents too should stop rushing to schools for any slightest correction being made on their children.

On strike by the Academic Staff Union of Universities (ASUU), the CAN scribe called on the Federal Government and ASUU to without further delay agree to end the strike.

He particularly urged the Federal Government to look into the plight of ASUU and accede to their demands while also urging ASUU to take it easy with the Goverment in view of the current economic condition all over the world.

He noted it is the parents and students that bear the brunt of the prolonged strike, adding that many of the students who are idle have taken to crimes and criminality including banditry “because an idle hand is the devil’s workshop”.