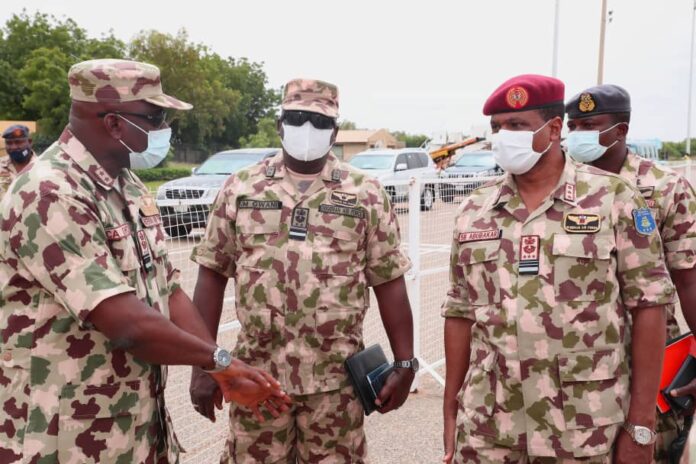 The subsidiary Air Interdiction Operation is being conducted as part of efforts to rid the North West of armed bandits, cattle rustlers, kidnappers and other criminal elements under the Defence Headquarters (DHQ) led Operation ACCORD.

Speaking today, 7 July 2020, on the progress so far made, the Chief of the Air Staff (CAS), Air Marshal Sadique Abubakar, who has been in Sokoto to oversee the planning and launch of the Operation, expressed satisfaction with what has been achieved in the day and night missions executed to smoke out the bandits from their camps within the Kagara Forest area of Sokoto State.

He noted that, while sustaining the air offensive, the Air Component was working closely with ground troops to ensure that the armed bandits that escape the aerial bombardments are mopped up on the ground.

Similarly, he disclosed that, because the Kagara Forest extends to Niger Republic, there was also ongoing liaison with the Nigerien Authorities to ensure that the bandits do not escape through the international borders. 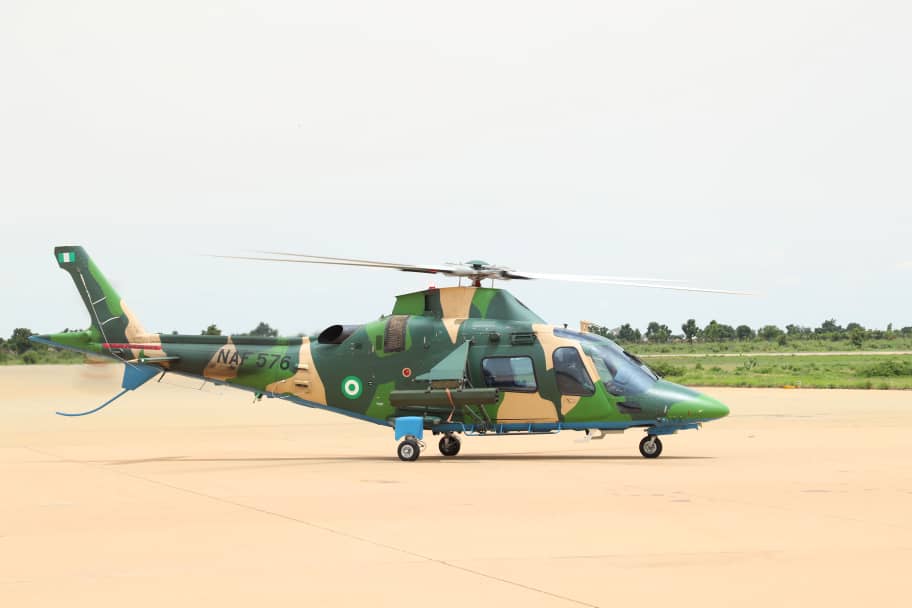 While assuring the people of Sokoto State, and indeed all Nigerians, of the NAF’s unalloyed commitment towards ensuring a secured and stable environment, the CAS emphasized that every Nigerian has a role to play, noting that all hands need to be on deck to ensure the peace and prosperity of the Nation.

He further stated that security was not just about bombs and bullets but also about development. According to him, “security and development are two sides of the same coin and I am very happy with what the State Government is doing in order to enhance development of communities so that people can see that they have a stake in the system. With what we are doing and what State Governments are doing, the problem of armed banditry will soon fizzle out”.

Speaking further, Air Marshal Abubakar noted that the massive deployment of air assets to Sokoto State was to add impetus to operations in the State and its environs with a view to bringing the spate of criminal activities to a decisive end. “With the number of platforms deployed for operations in Sokoto as well as the ones operating in Katsina, Zamfara, Kaduna and Niger States, you can be assured that all available resources have been mobilized to ensure that our society is secured and our people can go about their businesses without fear”, the CAS said.

The CAS expressed appreciation to the Government and people of Sokoto State for their support and resilience, while urging the Air Component to sustain the momentum of its operations to bring about the total defeat of the criminal elements, working in synergy with sister Services and other security agencies.

The Director of Public Relations and Information, Air Commodore, Ibikunle Daramola in a statement said, Air Marshal Abubakar also thanked the President, Commander-in-Chief of the Armed of Nigeria, President Muhammadu Buhari, for his unflinching support to the NAF.

He equally expressed gratitude to the National Assembly, especially the Senate and House Committees on Defence and Air Force, for their support and understanding towards the needs of the Service.

The CAS, who had earlier received series of briefings on the conduct of the Operation from the Air Officer Commanding (AOC) Tactical Air Command, Air Vice Marshal Olusegun Philip, and the Operation HADARIN DAJI Sokoto Sector Air Component Commander, was accompanied on the visit by Branch Chiefs and Directors from Headquarters NAF as well as the AOC Special Operations Command.

Delta CP Assures Citizens Of Commitment To Safety For All