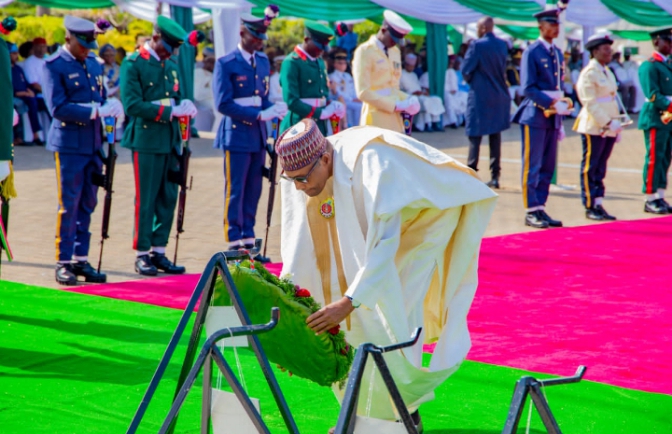 As part of activities climaxing the grand finale of the 2023 Armed Forces Remembrance Day celebration, the President and Commander -In-Chief of the Armed Forces, Muhammadu Buhari, has led members of the Federal Executive Council, the Armed Forces and other eminent citizens to honour the memories of fallen heroes who had in the line of duty paid the supreme price defending the nation.

On arrival, the President, who was the Special Guest of Honour at the ceremony on Sunday, 15 January, inspected the guards before proceeding to the Cenotaph with members of the Federal Executive Council and Service Chiefs as well as the Inspector General of Police to lay the wreath at the foot of the unknown soldiers.

High point of the solemn event featured the blowing of the last post as well as the firing of three volleys to bid the soul of the unknown soldiers farewell.

The President also signed the anniversary register and released pigeons, signifying peace and freedom for the nation. 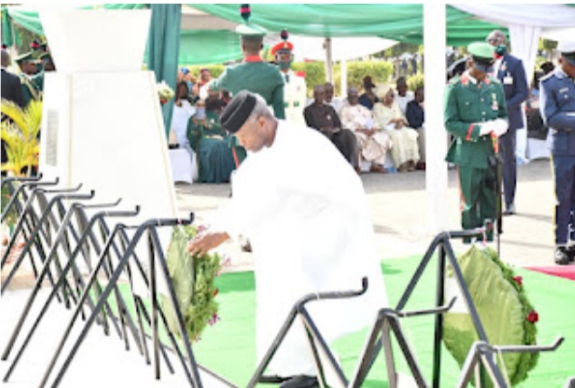 The event was well attended by eminent personalities among whom are the Vice President, Professor Yemi Osimbanjo, the Senate President and Speaker House of Representatives, Senator Amad Lawal and Rt Hon. Femi Gbajabiamila respectively.

Also in attendance were the national presidents of the Officers’ Wives Associations, members of the diplomatic community and widows as well as orphans left behind by the fallen heroes. 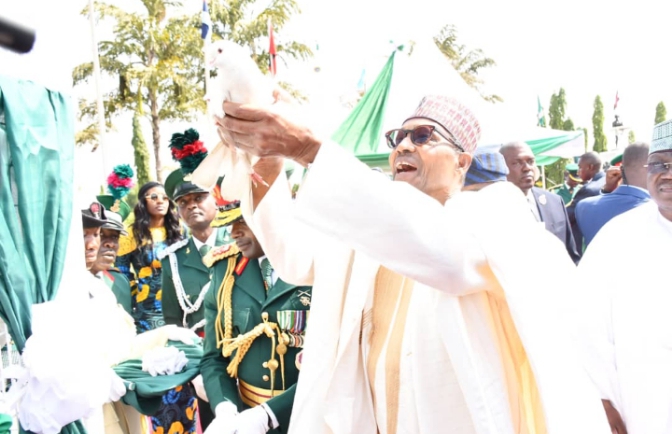