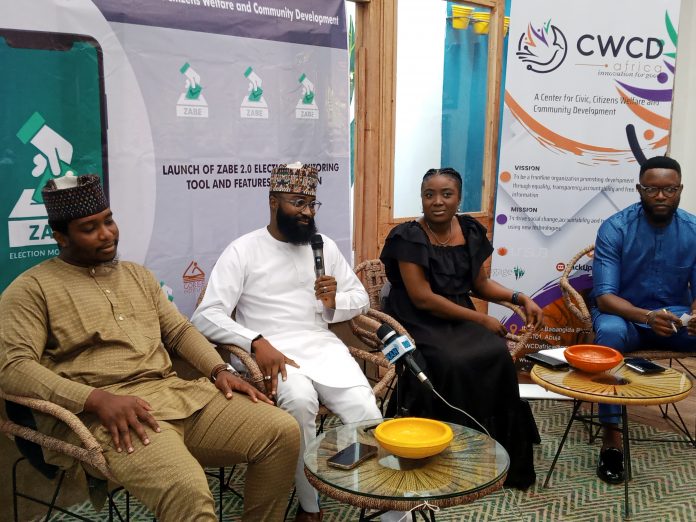 In a bid to ensure an effective system to enable and boost trust in electoral system, the Centre for Civic Citizens’ Welfare and Community Development, Africa (CWCD) has launched a digitalised election monitoring platform, to be deployed in the next year’s general elections.

Speaking during the unveiling of the platform, ‘Zabe’ 2.0, which is an upgrade to ZABE 1.0 application launched in 2018, yesterday, Chief Executive Officer of The CANs Innovation Hub Abuja, an arm of the CWCD Africa, Khalil Halilu, said it would enhance transparency in election process in 2023 and beyond.

Halilu noted that ZABE 2.0 was designed as a digital intervention solutions for effective data collection and processing system, in few weeks time will be made accessible to the public ahead of the next year’s general elections.

He said: “ZABE” which means (to vote in Hausa), was developed to contribute to better election management in Nigeria.

“The idea of ZABE came from the trends happening on social media during election which involves people rushing to social media to verify, post, and retweet. The platform will create an effective system to enable trust in the electoral system.

“We created ZABE 2.0 as an upgrade to the ZABE 1.0 app in 2018, it is a cutting-edge data collection and processing system designed ahead of Nigeria’s 2023 general elections”.

Similarly, the Programs Lead for the Foundation, Mr. Anthony Eromosele revealed that the platform was built to provide average with a means to report from their communities what happen before, during, and after elections and also express their views on the ways in which the electoral process is conducted.

“We are very intentional about this program, bringing to bear experiences, lessons and key insights from ZABE 1.0.

“The app will raise the bar of election transparency in Africa. It will rides on the most up-to-date data collection, processing and sharing technologies.

It was gathered that the launching was made possible by the Civic Tech Fund Project in partnership with the Goree Institute, Charter Project Africa and European Union.