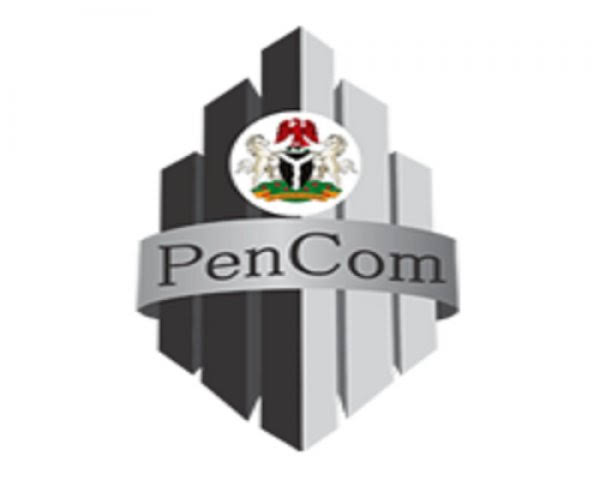 Following the fresh move by state governors to borrow from Nigeria’s pension funds, stakeholders and experts in the pension industry have described the move as unpatriotic and urge the necessary authorities not to approve the applications

The governors had last week reportedly proposed to borrow from the the N17 trillion pension funds.

According to the experts, the move clearly shows that most of those in authority are not conversant with the workings of the Pension Industry specifically the Contributory Pension scheme (CPS).

As at September 2020, total value of the pension funds under management stood at N11.56 trillion.

In Nigeria, pension funds are not borrowed but rather invested in line with the investment regulations issued by the National Pension Commission.

The investable assets also include Bonds and Sukuk issued by eligible State and Local Governments provided that such securities are fully guaranteed by Irrevocable Standing Payment Orders (ISPOs) and subject to the fulfilment of the conditions set out in the Commission’s Circular on “Minimum Requirements for the inclusion of State Bonds as Investible Instruments in the Pension Industry’’.

It is noteworthy that one of the major achievements of the Pension Reform is the establishment of robust legal and institutional frameworks for the administration of pensions in Nigeria. In addition to the legal safeguards and institutional checks and balances, the Commission, as the regulator of all pension matters in Nigeria, has entrenched good corporate governance practices, high ethical standards instituted through rigorous supervision and regulation of the industry.

It would be recalled that the National Pension Commission had deemed it necessary to prescribe that pension funds may be invested only in the Bonds floated by states that have fully complied with the Contributory Pension Scheme.

Already, Civil society Organization have condemned the move by these governors.

For instance, the Socio-Economic Rights and Accountability Project (SERAP) has sent an open letter to President Muhammadu Buhari urging him to use his “good offices and leadership position to urgently instruct the Director-General and Board of the National Pension Commission [NPC] to use their statutory powers to stop the 36 state governors from borrowing and/or withdrawing N17 trillion from the pension funds purportedly for ‘infrastructural development.’”

This was disclosed in a briefing by the Kaduna State Governor, Mallam Nasir el-Rufai, who is the Chairman of the National Economic Council Ad Hoc Committee on Leveraging Portion of Accumulated Pension Funds for Investment in the Nigeria Sovereign Investment Authority [NSIA].

SERAP in it’s letter dated December 5th 2020 and signed by it’s deputy director Kolawole Oluwadare, the organization said: “Allowing the governors to borrow from pension funds would be detrimental to the interest of the beneficiaries of the funds, especially given the vulnerability of pension funds to corruption in Nigeria, and the transparency and accountability deficits in several states.”

SERAP said: “It is patently unjust and contrary to the letter and spirit of the Nigerian Constitution 1999 [as amended], the Pension Reform Act, and the country’s international anti-corruption and human rights obligations for the Federal Government and state governors to repeatedly target pension funds as an escape route from years of corruption and mismanagement in ministries, departments and agencies [MDAs].”

SERAP expressed “serious concerns that the proposed borrowing by the 36 state governors from the pension funds would lead to serious losses of retirement savings of millions of Nigerians.”

The letter copied to the Attorney General of the Federation and Minister of Justice Mr Abubakar Malami, SAN, read in part: “This proposed borrowing faces the risks of corruption and mismanagement, and would ultimately deny pensioners the right to an adequate standard of living and trap more pensioners in poverty. Rather than devising ways to address pensioner poverty, governments at all levels would seem to be pushing to exacerbate it.”

“Allowing the governors to borrow money from the pension funds would amount to a fundamental breach of constitutional provisions, the Pension Reform Act, and Nigeria’s international obligations, as well as fiduciary duties imposed by these legal instruments on all public officers to prevent pension funds from unduly risky investments, and to ensure transparency and accountability in the management of pension funds.”

“We would be grateful if your government would indicate the measures being taken to instruct the NPC to stop the 36 state governors from borrowing and withdrawing any money from the pension funds within 14 days of the receipt and/or publication of this letter.”

“If we have not heard from you by then as to the steps being taken in this direction, the Registered Trustees of SERAP shall take all appropriate legal actions to compel your government to implement these recommendations in the interest of millions of Nigerian pensioners.”

“Transparency is a key instrument in the spending of any pension fund investment, as it is necessary to ensure the accountability of the funds. However, several states routinely claim that the Freedom of Information Act is not applicable within their states.”

“Pension funds should not be used to make up for the failure of governments at all levels to cut the cost of governance, and the persistent refusal to reduce wastage and corruption in MDAs, as well as failure to obey court orders to recover life pensions collected by former governors and their deputies, and public funds collected by corrupt electricity contractors who disappeared with the money without executing any power projects.”

“Many state governors have repeatedly failed to pay workers’ salaries and pensions; several states are failing to pay contributory pension. Therefore, allowing state governors to collect a windfall of pension funds at the expense of pensioners who continue to be denied the fruit of their labour would amount to double jeopardy.”

“Fiduciary duties require public officers to ensure that pension funds are managed solely and exclusively for the benefit of pensioners, and to consider the socio-economic and human rights impact of pension investment decisions on the intended beneficiaries.”

“Our requests are brought in the public interest, and in keeping with the requirements of the Nigerian Constitution 1999 [as amended], the Pension Reform Act 2014, and Nigeria’s international obligations, including under the UN Convention against Corruption, and the International Covenant on Economic, Social and Cultural Rights.”

“Your government has a legal obligation under articles 1 and 5 of the UN Convention against Corruption to prevent and combat corruption effectively, to promote integrity, accountability and proper management of public affairs and public property, including pension funds.”

“Public confidence and accountability in public administration are instrumental to the prevention of corruption and greater efficiency. Article 10 requires Nigeria to take measures to enhance transparency in its public administration relative to its organization, functioning, decision-making processes and/or other aspects, including pension fund investment. Nigeria has ratified the convention.”

“Under section 85 of the Pension Reform Act, pension funds and assets can only be invested in accordance with the regulations set by the NPC. Section 100 prohibits mismanagement or diversion of pension funds. Therefore, the proposed borrowing by governors from the pension funds is implicitly inconsistent and incompatible with the letter and spirit of the Act, and with Nigeria’s international obligations.”

“Several states have also failed to observe Convention No 29 on Forced Labour and other international standards on the right of workers to timely payment of salaries and pensions. Borrowing from the pension funds is also implicitly inconsistent with right to work recognized by various ILO instruments and article 6 of the International Covenant on Economic, Social and Cultural Rights, to which Nigeria is a state party.”

“The right to work is essential for realizing other human rights and forms an inseparable and inherent part of human dignity. The governors cannot on the one hand fail to pay workers’ salaries and pensions while on the other hand proposing to withdraw money from pension funds.”

He said “Government Persistent borrowing from pension funds can empty it”.

According to Senator Sani, the country has huge debt burdens already and pension funds should not be the next target option.