According to a statement by the NAF Director of Public Relations, Air Vice Marshal Ibikunle Daramola, the duo, who were accompanied on the visit by the Director of Operations, Licensing and Training Standards, NCAA, Captain Bahago Elisha, held high level deliberations with the CAS bordering on collaboration and synergy of the 3 organizations in the areas of security of navigational infrastructure, calibration of navigational aids, training of personnel, safety of the airspace and exchange programmes.

Speaking during the visit, the CAS expressed delight at the proposed deepening of the partnership with the NCAA and NAMA, noting that collaboration would further enhance the efforts of the NAF to improve flight safety and, by extension, operational effectiveness. Air Marshal Abubakar disclosed that the Federal Government has so far acquired 23 brand new aircraft for the NAF, while 15 more were expected to be delivered during the course of the year, alongside 8 Unmanned Aerial Vehicles (UAVs). The 15 expected manned aircraft, the CAS said, comprised 12 Super Tucano attack aircraft that would be based in Kainji as well as 3 JF-17 Thunder multi-role fighter aircraft. He further disclosed that amongst the expected UAVs were the Wingloong II, which has endurance of between 16 and 20 hours depending on its operating mode, as well as the CH-4 and CH-3 UAVs. The CAS also disclosed that the NAF was expecting 3 special mission aircraft that would be based in Benin to cover the maritime environment and handle some of the challenges in Nigeria’s territorial waters and Exclusive Economic Zone (EEZ).

“Therefore, it is nice that we keep you updated on what we are doing and ensure continuous interaction with you in terms of management of the airspace”, the CAS said. 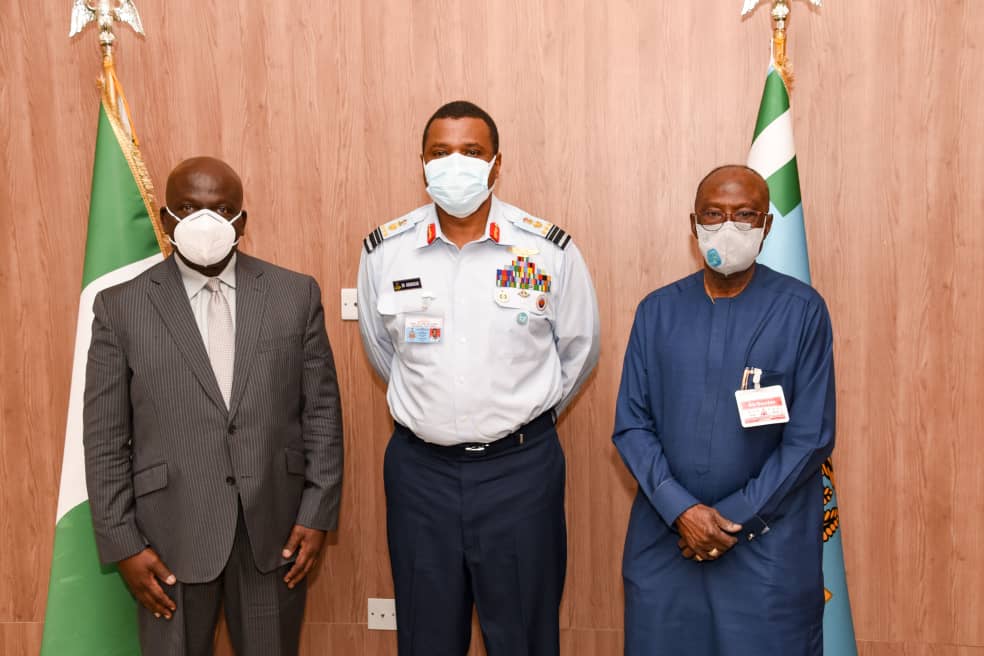 Speaking further, the CAS intimated on other areas of concern, which include the certification of all the aviation personnel in the industry to ensure that ” the right person is doing the right job”. He added that the NAF has highly skilled human resources that could be of tremendous assistance to the NCAA and NAMA upon retirement.

He also asserted that there are quite a number of areas in which the NAF, NCAA and NAMA had been working together in the past, which include civil licensing of NAF pilots. The CAS equally noted that there was the need for NCAA to revisit NAF Aviation Medicine facilities in Kaduna and Lagos to further address the issue of their certification for aircrew medical examinations.

Air Marshal Abubakar also highlighted the need to reactivate the Airport at Azare in Bauchi State as it would go a long way in aiding the fight against insurgency in the North East. He therefore assured that a Team would be constituted, comprising personnel from the NAF Training and Operations Branch, that would liaise with the NCAA and NAMA to work out modalities on how to further improve the inter-agency collaboration for mutual benefit as well as enhanced security and management of the Nigerian airspace.

Speaking earlier, the DG NCAA, Captain Musa Nuhu, emphasized that, though cooperation exists between the NAF and NCAA, there was a desperate need to formalize it with a Memorandum of Understanding (MOU). He noted that there were many areas of cooperation to be explored, for enhanced safety of operations and security within the Nation’s airspace, especially at this time when the NAF is playing a very critical role in the fight against insurgency. He noted that the NCAA has adequate understanding of the NAF, and with that understanding, he said, there is a better idea of how both agencies can collaborate to put the country on the cutting edge and ensure greater effectiveness and efficiency of operations. “We can form a committee and give them the task to come up with systems or ideas on how we can formalize the cooperation between the civil and the military,” he said. 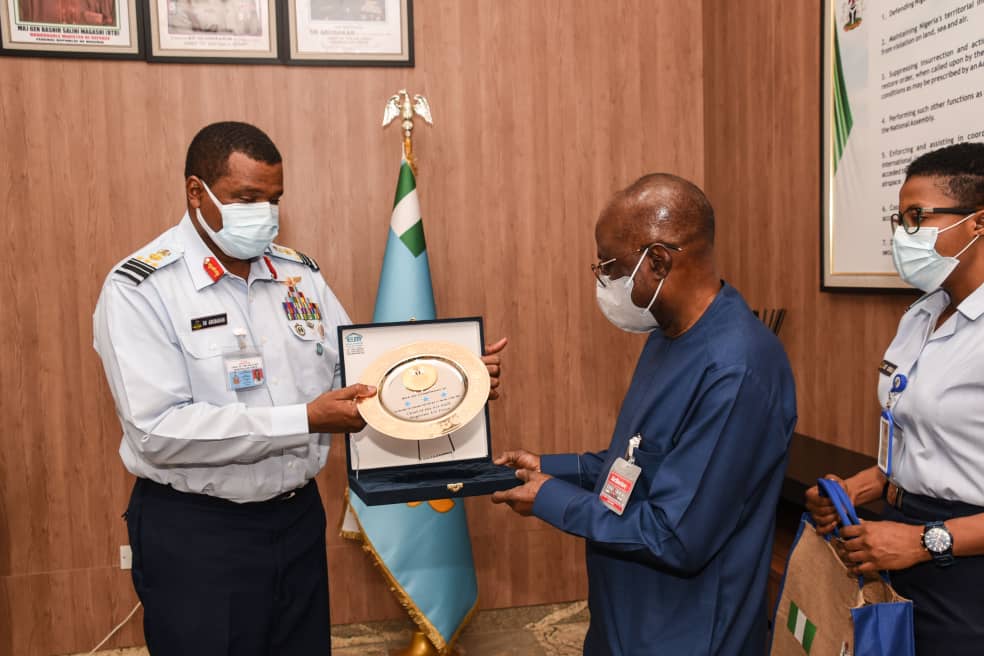 While making his remarks, the MD NAMA, Captain Fola Akinkuotu, noted that the importance of inter-agency collaboration in airspace management could not be overemphasized. He said his Agency was looking at having a mutually beneficial relationship with the NAF. Captain Akinkuotu reiterated that the partnership between the NAF and NAMA would provide opportunity to have an extra eye in the management of the airspace for stakeholders in the security of the Country. He therefore urged the NAF to exploit the opportunity of the partnership to the fullest for the overall benefit of the nation.

Also present during the visit were HQ NAF Branch Chiefs and other senior NAF officers.