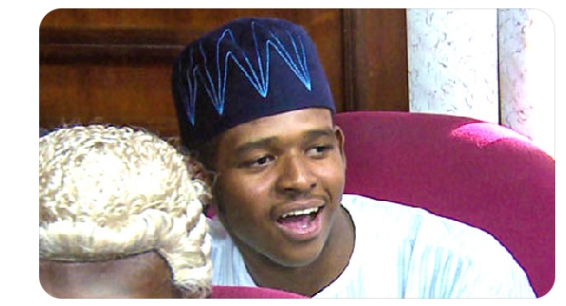 Justice Okon Abang of the Federal High Court, sitting in Abuja, today February 4, 2021, ordered the forfeiture, to the Federal Government, of a property belonging to Sani Dan-Galadima, a member of the House of Representatives, representing Kaura-Namoda Federal Constituency of Zamfara, who stood surety to Faisal Maina.

The property was used as a bail bond for Faisal, son of Abdulrasheed Maina, former Chairman, defunct Pension Reformed Task Team (PRTT), who is being prosecuted on money laundering charges by the Economic and Financial Crimes Commission (EFCC).

The forfeiture, TheFact confirmed, followed the disappearance of Faisal, for the second time, in the course of his prosecution.

At the resumed hearing of the case, prosecution counsel, Mohammed Abubakar, told the court that the defendant, from information at his disposal, had fled to the United States through the Republic of Niger, a development leading the Court to enter into a committal proceeding and ordering the forfeiture of property to the government.

The court had, on November 26, 2019, admitted Faisal to bail in the sum of N60 million with a surety in like sum who must be a member of the House of Representatives.

It was Dan-Galadima who offered himself as surety and deposed to an affidavit of means, on 11 December, 2019, to always come to court at every adjourned date and produce Faisal during trial.

Faisal, who is facing a separate three-count money laundering charge, had earlier jumped bail and stopped coming to court, a development that forced Justice Abang to revoke the bail granted him and ordered his arrest on November 24, 2020, even as his trial continued in absentia.

One of the charges for which Faizal is being prosecuted reads: “That you Faisal Abdulrasheed Maina, (alias Alh Faisal Abdullahi Farms), between October 2013 and June 2019, within the jurisdiction of this Honourable Court, controlled an aggregate sum of N58,111,585.00 (Fifty-eight Million, One Hundred and Eleven Thousand, Five Hundred and Eighty-five Naira) only, paid through the United Bank for Africa (UBA) account of Alh. Faisal Abdullahi Farms, when you reasonably ought to have known that the said funds formed part of the proceeds of unlawful activity to wit: corruption of one Abdulrasheed Abdullahi Maina, who is facing a separate charge and thereby committed an offence, contrary to Section 15(2)(d) of the Money Laundering Prohibition Act, 2011 as (amended) and punishable under Section15(3) and (4) of the same Act.”

The case has been adjourned to March 31, 2021 for continuation of trial.