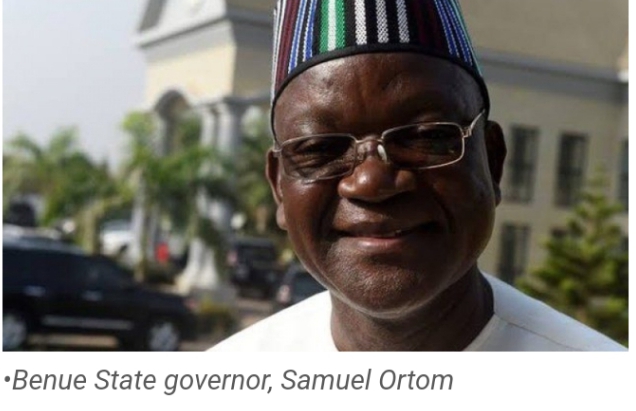 In continuation of the ongoing investigation into the reported attempted murder, last Saturday, of the Benue State Governor,  Samuel Ortom, the Inspector General of Police, Mohammed Adamu, has dispatched a special team to Makurdi.

According to the Nigeria Police Force NPF’s spokesperson, Frank Mba, the team, which arrived Makurdi today, 28th March, consists of operatives from the Tactical Investigation Units of the Force Intelligence Bureau FIB, and is to be led by Abba Kyari, a deputy commissioner of police.

Thefact Nigeria reports that others on the team are experienced, crack detectives with specialised competencies in crime scene investigation and reconstruction, ballistics, fingerprint analysis and other core areas of forensics.

According to Mba, the Team is expected to take over and consolidate all on-going investigation into the incident, and  “is also expected to investigate all angles of the reported attack with a view to ensuring that all persons empirically linked to the incident are apprehended and brought to book”.

Mba stated that m the IGP has charged the team to be professional, thorough and clinical in their investigations, adding that  “they are expected to liaise and work with the Benue State Police Command and other relevant members of the law enforcement community to ensure that they deliver on their mandate”.

It was reported that Mr Ortom was attacked last Saturday around his farm at Tyo-Mu Community, about 20 kilometres from Makurdi, the state capital.

According to him, he was inspecting the farm when cattle herders dressed in black outfits and numbering about fifteen, suddenly sprang on him and his security personnel, having trailed him.

President Muhammadu Buhari condemned the attack and called for an “open and transparent investigation” of the attack, saying “whoever is linked to it should be caught and be made to face the law.”

WHO Harps On Importance Of OBR Campaign In Nigeria