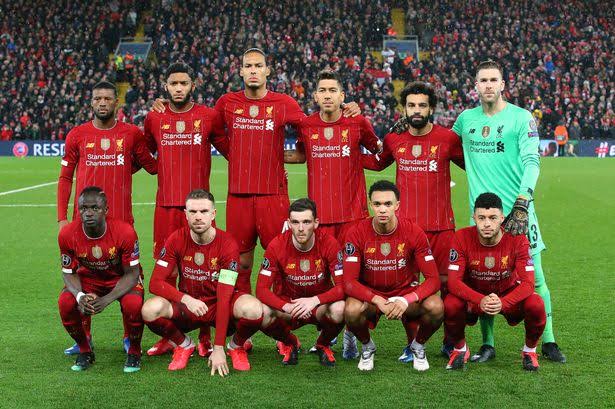 Ray Houghton, who helped Liverpool win their last league crown in 1990, says Jurgen Klopp’s side will be determined to prove their supremacy and don’t want to win the title ‘by default.

The former Reds midfielder says Liverpool have already earned what would be their first top-flight crown in 30 years, having been “the best team by a long way” in this season’s title race.

With the Premier League having been suspended since the middle of March due to the coronavirus crisis, some would hand Liverpool the title now due to their massive 25-point lead at the the top of the table.

But Houghton says the world and European champions will be determined to end any doubts over their supremacy by securing the two wins they need to ensure glory.

“They don’t want to win it by default,” said Houghton, who helped Liverpool to two First Division titles including their last in 1990.

“They have earned it to a certain degree, but it would always be levelled against them that ‘you didn’t get it over the line, you didn’t get enough points’. They want it and the fans want it.”

The Government has been in talks with Premier League chiefs to get football back up and running “as soon as possible”, with plans afoot to play matches behind closed doors.

There are fears the season will have to be scrapped, with some suggesting voiding it and starting afresh once the risk from coronavirus has abated.

But Houghton says the priority must be to complete the current campaign when it is possible to do so safely, rather than beginning a new one.

“At the end of it, human life is more important,” said the 73-cap former Republic of Ireland international.

“The priority has to be that people are safe. But if we can get back playing then we should finish the season.

“Why is starting a new season more important than finishing this one? I don’t get that. If you can start one, you can finish one.

“It would be a great shame if Liverpool don’t win it after what they have done.

“Liverpool have been the best team by a long way, the most consistent side. It would be a massive shame if they don’t win the title.” (Mirror)