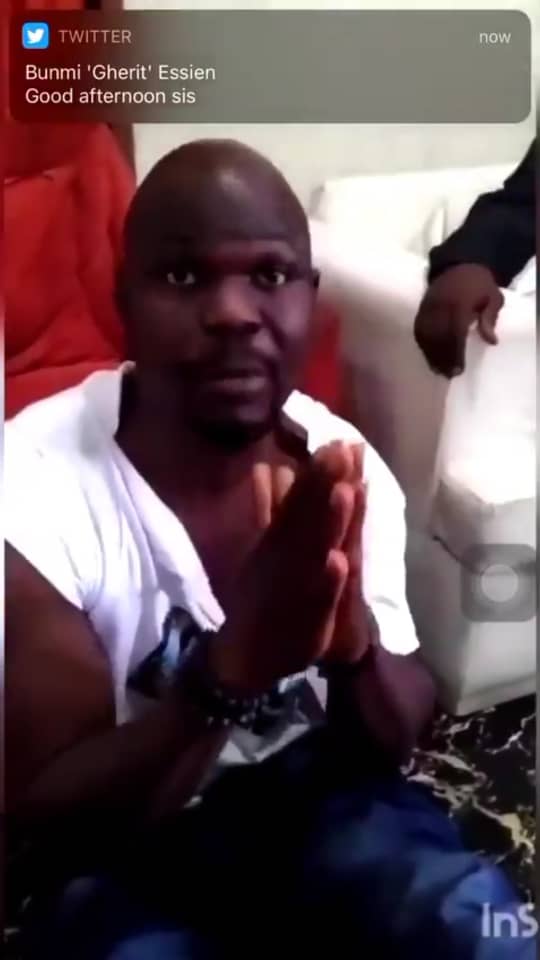 The Nollywood Actor, Olarenwaju James, better known as Baba Ijesha was recently arrested after he was caught molesting a minor on CCTV camera. It was also heard that the actor has been molesting her since she was seven years old.

After news of his arrest went viral, his colleagues in the Nollywood industry and other Nigerians took to their social media pages to condemn the actor for his terrible actions.

However, some people doubted the news and demanded to see the CCTV footage that recorded the actor molesting the minor.

To clear people’s doubts, a Twitter user identified as Succilowati posted a video showing the actor apologizing and admitting to molesting the minor.

The voice of Nigerian comedian, Princess could be heard in the background questioning Baba Ijesha. She kept asking why he decided to do such a bad thing to her.

This is baba ijesha confessing and admitting to commit the devilish act
All of you defending him and asking for videos should cover your face in shame pic.twitter.com/MnCKMXJ0jl