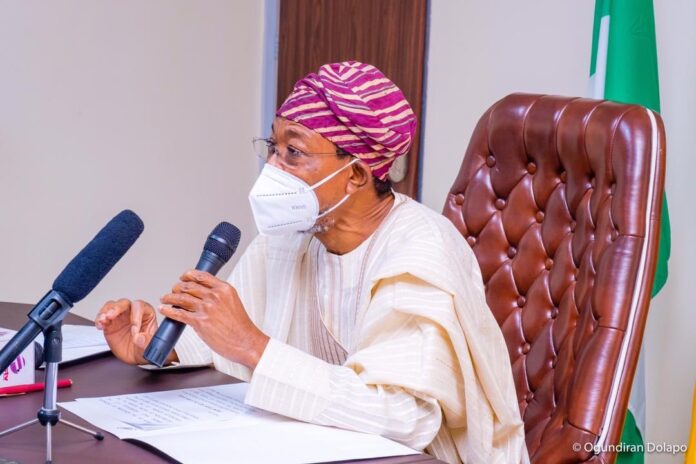 The Minister of Interior, Ogbeni Rauf Aregbesola, has charged the new Controller General, CG, of the Nigeria Correctional Service, NCoS, Haliru Nababa, to ensure strict protection of all the nation’s custodial facilities.

The Minister gave the charge in his office, yesterday, in Abuja, while decorating the new CG, saying he should work with other gallant officers of the Service to prevent future attacks on the nation’s Custodial Centres, as experienced in recent times.

TheFact Nigeria notes that the country in recent times has been thrown into a state of chaos and uncertainty, following several attacks especially on police formations and Custodial Centres.

The latest of these attacks on Correctional facilities took place on 5th April this year, at the custodial centre in Owerri, the Imo State capital, when armed gunmen, suspected to be members of the proscribed Indigenous Peoples of Biafra, IPOB, using explosives and rocket- propelled grenades, set the building on fire, relesing over 1,800 inmates in the process, many of whom are yet to be recaptured. 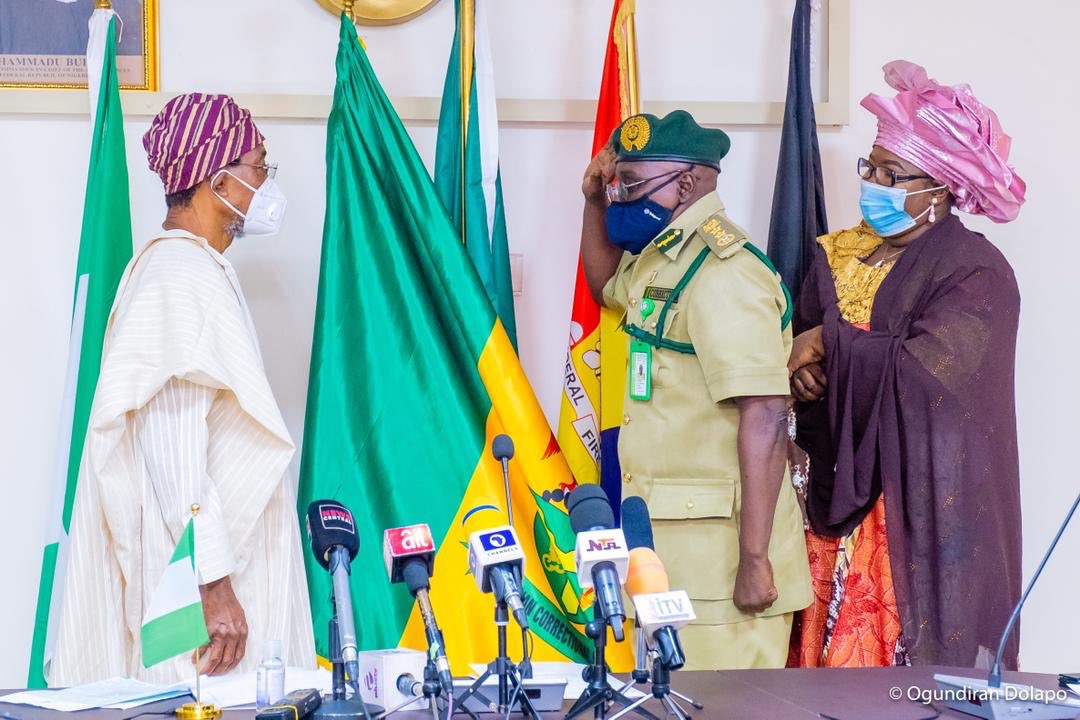 Speaking, Aregbesola acknowledged that the CG was mounting the saddle of leadership  at a time of unusual security challenges, manifested in insurgency and banditry in the North East, North west and parts of North Central, kidnappings in virtually all parts of the country, financial crimes and ritual killings in the South West, militancy that is assuming an insurrectional dimension in the South East and South South and sundry other criminal activities in all parts of the country.

“The implication of this is that the custodial facilities will be bursting at the seams with the influx of inmates awaiting trials or convicts serving terms and awaiting execution.

“This poses a special challenge due to the fact  that some of these inmates belong to organisations that will deem themselves to be fighting ethno-religious and political causes.

“Therefore, their members outside will be planning jail break into the facilities to free their members,” Aregbesola added.

The Minister further stressed the need for the new CG to build on the achievements of his predecessor by not only taking the Service to the next level, but also by ensuring that  custodial facilities across the country are reformed to world class positions.

The Minister noted that whatever may be the motive, custodial centres have come under consistent attacks in a brazen challenge to the authority of the Nigerian state, adding that when inmates break free, the security of lives and property is thrown in jeopardy and bad things happen. 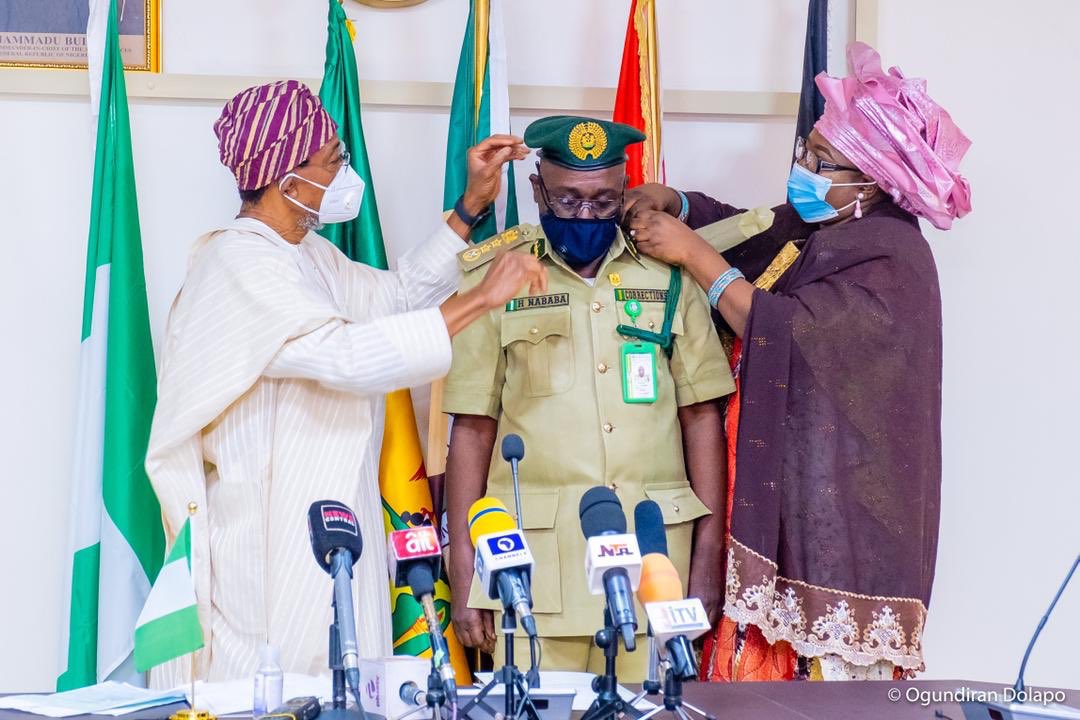 “This is the sociology of your emergence as the Controller General. It is a call to leadership, sacrifice, patriotism and selflessness,” he reiterated.

The Minister also harped on the need for inmates to be kept healthy and safe from harm and from harming others, adding that they must be reasonably fed and their health well taken care of.

“Their dignity should be well respected and they should be protected from abuse of any form – physical, sexual, verbal and psychological. They should leave the facilities on completion of their terms feeling well treated and their dignity as God’s creature restored.

They should feel grateful for being handled by firm but kind and compassionate officers,” Aregbesola emphasised.

He congratulated Haliru Nababa and his family for the well-deserved appointment. 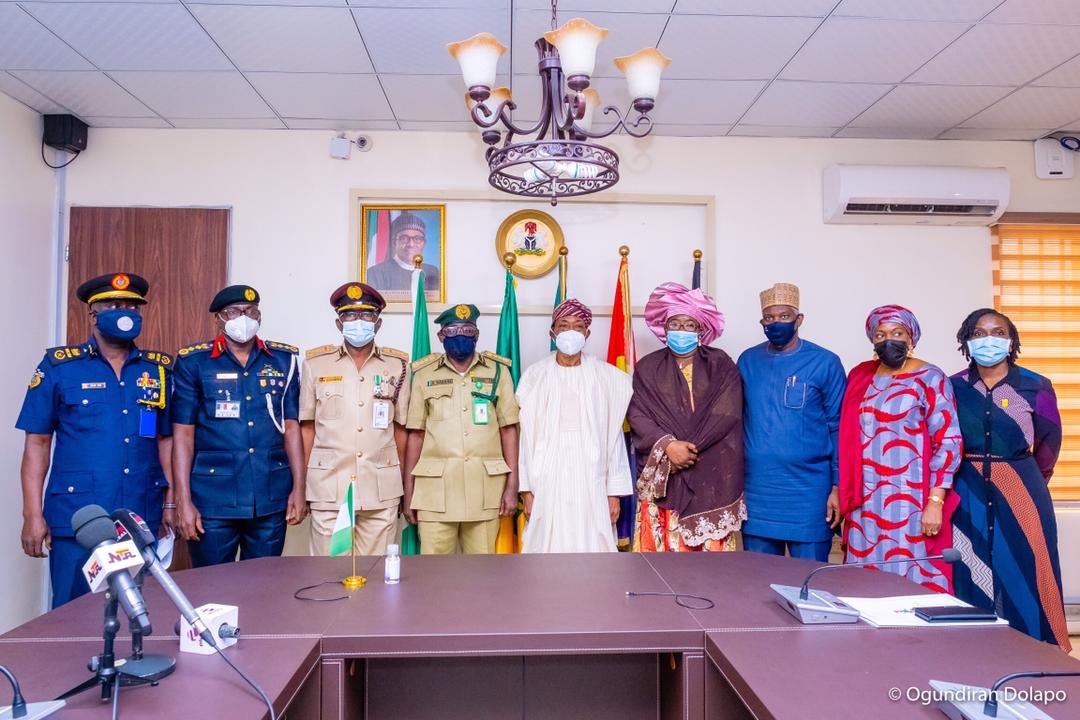 In his remarks, the Permanent Secretary in the Ministry, Dr. Shuaib Belgore, told the new Controller General to see his appointment as a position of trust and, given the current security challenges confronting the nation at the moment, he would need to work in collaboration with other security agencies in the country to ensure that all the correctional facilities are protected.

In his response, the new Controller General of Corrections, Haliru Nababa, promised his commitment to boosting the morale of  officers and men of the Service as well as working to  justify the confidence reposed in him by Mr. President.

“I will not take for granted this singular opportunity to serve,” he said.

WHO, Partners Move To Defeat Meningitis, Save Lives