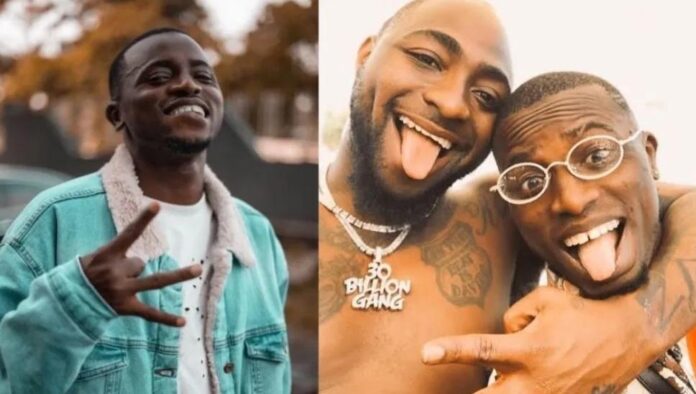 Davido’s former personal assistant, Aloma DMW revealed that he was once offered N100M cheque to frame Davido for murder.

Aloma DMW, narrated that he was offered the huge amount of money to implicate Davido in a murder case. Those who offered him the money wanted him to pin the death of late Davido’s friend, Tagbo on Davido.

Late Tagbo died after he allegedly took 40 shots of Tequila at Shasha Bar in Lekki. He died as a result of too much alcohol.

Aloma who was dumped by Davido sometimes ago made this revelation in a chat with veteran rapper, Jahbless, on his podcast ‘Original Intelligence.’

He said;“As we dey Lion Building, Tagbo lawyer show, one person show, I nor wan talk em name. Dem say I be fall man, they carry me go one room. Baba fear industry o because everybody be just dey to bring this guy down.”