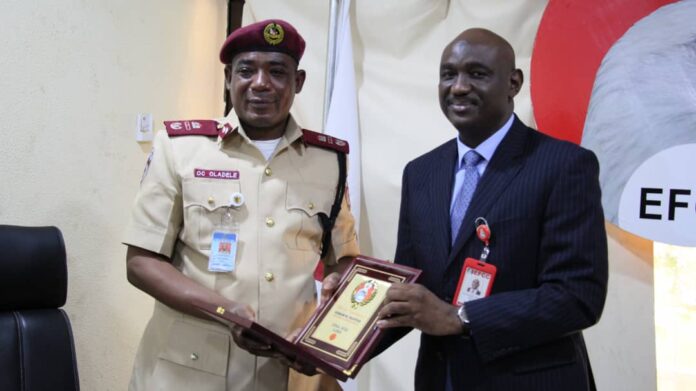 The Zonal Commander of the Federal Road Safety Corps, FRSC, in charge of Kwara, Ekiti and Kogi States (RS8HQ), Mr. Clement Oladele, has pledged the support and cooperation of the Corps to the Economic and Financial Crimes Commission, EFCC, in the fight against corruption.

Oladele made the pledge on Thursday, May 27, when he led some top officials of the Corps on a courtesy visit to the Ilorin Zonal Office of the Commission.

Mr. Oladele, while calling for synergy between the FRSC and the EFCC in the area of information sharing, noted that the mandate of both agencies was to enhance the development and growth of the nation.

According to him, the purpose of the visit was to build on the existing relationship between the two agencies. He pledged the support of the FRSC for the EFCC in carrying out the onerous task of restoring integrity to the nation through its fight against corruption.

In his response, EFCC’s Zonal Head, Ilorin, Usman Muktar, expressed appreciation to Mr. Oladele and his team for the words of encouragement and commendation, and said that “the EFCC will not relent in its efforts to fight against corruption, economic and financial crimes”. 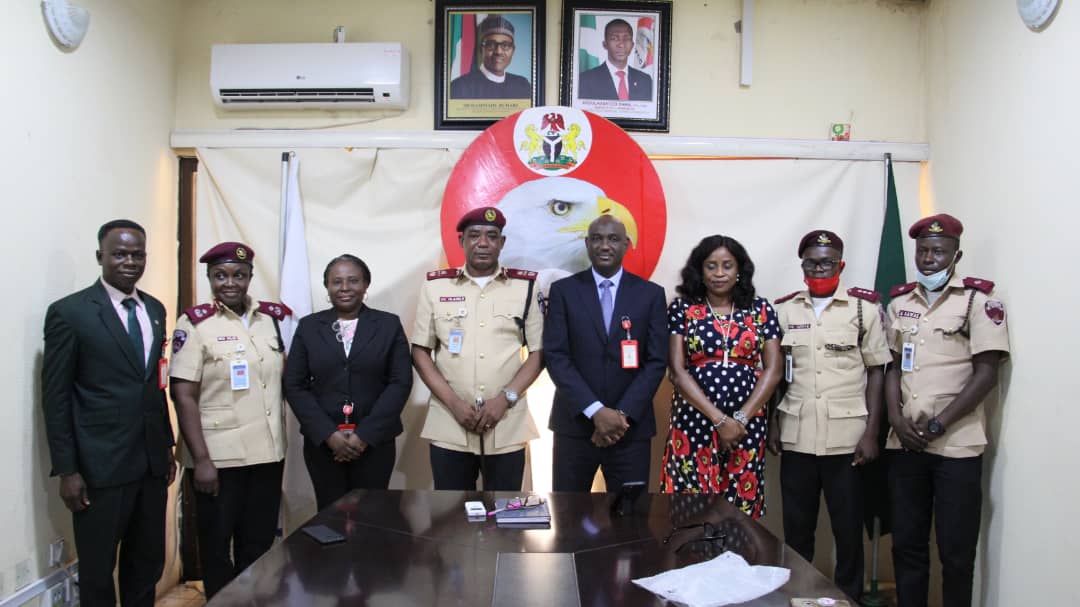 Muktar commended the FRSC in its effort to restore sanity on the roads and stressed “the need for timely information about the registration of exotic vehicles, as it will help in tracing stolen funds”.