The Chief of Defence Staff, CDS, General Lucky Irabor, has charged officers and men of the Armed Forces of Nigeria, AFN, to maintain a high level of commitment at all times. 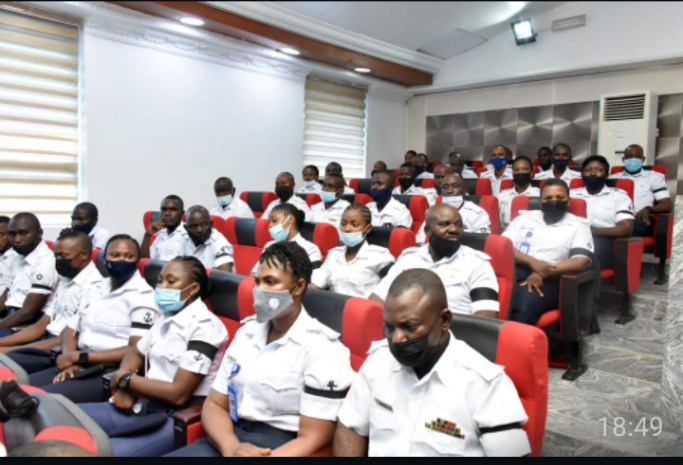 The CDS stated this today, during his maiden visit and meeting with officers and ratings of the Nigerian Navy serving in Abuja area at the Naval Headquarters.

While addressing officers, Gen. Irabor called on them to see the unfortunate event of the air crash which led to the death of the Chief of Army Staff Lieutenant General Ibrahim Attahiru alongside other Generals, officers and men, as a source of inspiration knowing that they died with their boots on.

He added that it should rather serve as a source of motivation to all personnel to be ready to pay the supreme price when the job demands for it.

He equally reminded officers and ratings that while victory can only be won by staying alive and dealing with the adversary, in the course of doing that, anything is possible and as such everyone must be ready for such an eventuality.

The CDS further urged officers to ensure that their commitment to work must be such that it showed loyalty to the country and the Service. He called on them to also have empathy for their colleagues and comrades and ensure same is enforced within their ranks.

General Irabor assured that the welfare issues of the Service have been presented to the President and Commander-in-Chief of the Armed Forces, President Muhammadu Buhari, who has equally assured to address them in the immediate, medium and long term.

The Defense Chief also used the medium to call on officers to respect and enforce the AFN Use of Social Media Policy. This according to him would go a long way in protecting the corporate image of the AFN and that of personnel individually. He noted that the wrong use of the social media has incrementally brought drawbacks to the operational engagements of the AFN hence, there is the need to ensure that such a negative trend is reversed.

While addressing the ratings, General Irabor harped on the need for them to foster togetherness as it is encapsulated in the ‘Onward Together’ motto of the Nigerian Navy (NN). To achieve this, he stated that the level of discipline displayed by the ratings must be unquestionable, noting with delight that so far there has been no adverse report brought to him on the conduct of ratings and urged them to maintain the high standards they are already manifesting.

He therefore called on senior rates of the NN to work assiduously to achieve the maintenance of this high discipline standard considering the fact that they serve as the buffer between the officers and the junior rates.

Gen Irabor further urged the ratings to sustain the military tradition of esprit de corps and shun narratives that tend to emphasize their ethnicity, religion or background. According to him this is the way military men are supposed to live. 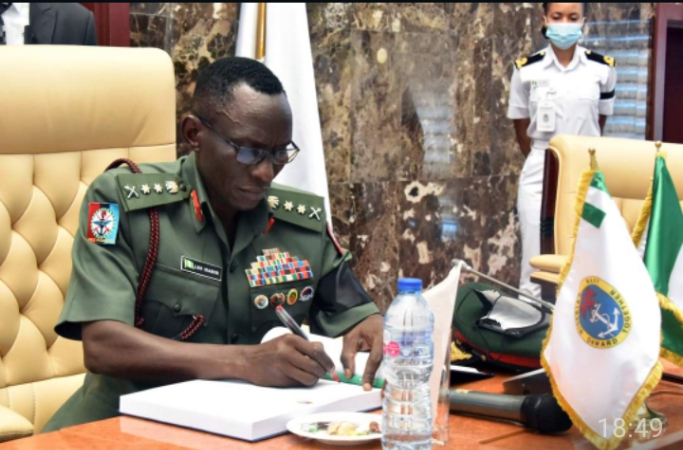 While  assuring them that whatever is due to them in terms of their welfare would always be given to them, the CDS charged them to continue to support and remain loyal to the military by taking to instructions given to them by their officers.

The CDS also thanked the Chief of the Naval Staff, CNS, Vice Admiral Awwal Gambo for the leadership he has been providing in the NN.

Those present during the visit include the CNS, principal staff officers from the Defence and Naval Headquarters, directors, senior officers and officers as well as some selected ratings.