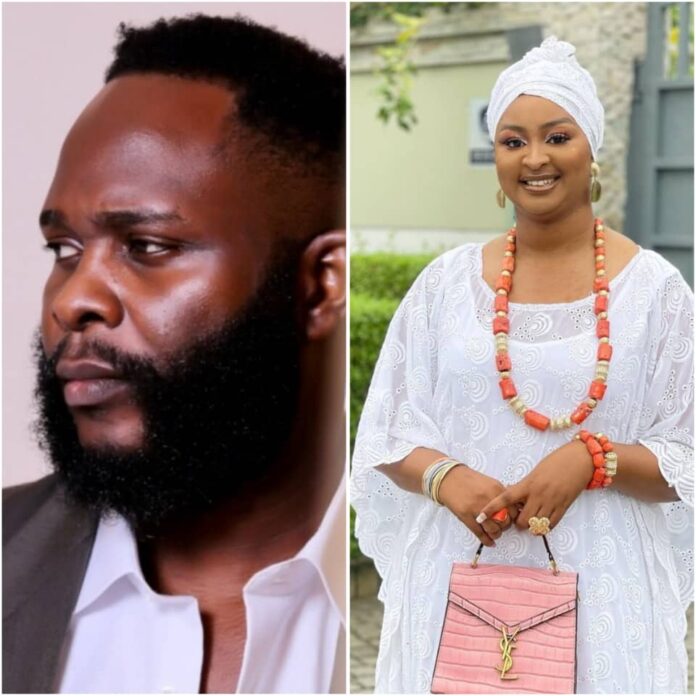 Popular relationship expert and Instagram celebrity, Joro Olumofin, has warned controversial Actress, Etinosa, to stop talking about him or his business.

Etinosa referenced Joro’s style of “secret taboos in relationships” in her comment.

Commenting on the post, she sarcastically wrote; From Joro to Joro.

The comment didn’t go down well with Joroolumofin. He showed that he did not like whatever she meant by that comment and decided to give her a piece of his mind.

He exposed her by revealing that some years ago, she was in his DM declaring her love for him but he ignored her.

According to him, that seems to be the the reason she decided to put his name on her lips.

He shared her photo and wrote; Etinosa I don’t know you. Keep my name out of your mouth. In 2019 when I was in Las Vegas you were in my DM saying “ YOU LOVE ME” maybe thinking I will marry you? You thought you had found husband? Lol

I thank God I ignored you as I was advised by my friends. Are you angry I did not date you? Or reply you?
So many hypocrites/ celebrities like this in my DM asking for one thing or the other. It’s a shame.

If I send lawyer to you now saying you should prove what you wrote you will claim Mental Health or Insanity. Lol