Home Entertainment ‘Baba Ijesha Did Not Sleep With Her’ – Yomi Fabiyi 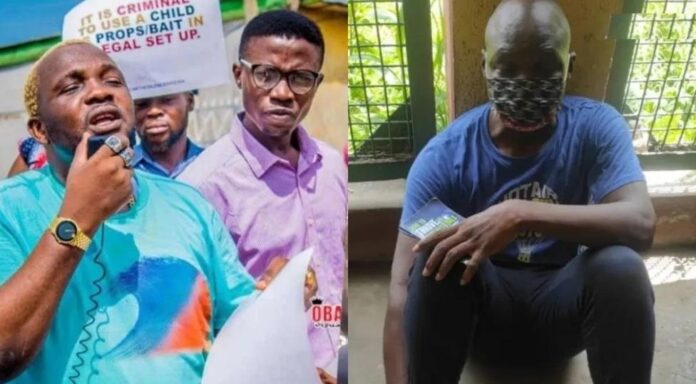 Nollywood actor, Yomi Fabiyi has continued to speak up on his colleague, Baba Ijesha’s behalf.

Baba Ijesha who is charged with a case of sexual assault on a minor began his trial yesterday at a magistrate court seated in Yaba, Lagos state.

The court denied him bail and further transferred the case to a High court.

While giving updates on the case made against his embattled colleague, Yomi Fabiyi indicated that the minor in question never claimed that Baba Ijesha had carnal knowledge of her.

He wrote:“Part of my concerns and why the law must act unbiased. Fighting for the rights of the child means getting justice against all abuses and assaults done against her innocence and her wish.

Have you ask yourself, what if in the process of the set up there was violence, door locked behind and aside been raped, the girl was killed, will ALL THE ADULTS INVOLVED be let go.

How can the law be BLIND to that and set a horrible antecedent for several innocent children in our society?
Where are the SOCIAL SERVICES in the state, why is the DPP advice silent on all the crimes involved in the entire episodes and all that done against the child, why the silence on all that?”

The Nigeria Police Force has said that the removal of the Osun State Commissioner of Police (CP), Olawale Olokode was to ensure professionalism and...

The filing of Companies Income Tax Returns for the 2022 Year of Assessment, due on 30th June 2022, has been extended to 31st August...