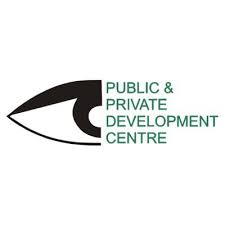 Indigenous people of the Federal Capital Territory (FCT) has lamented epileptic power suppy, bad roads and lack of other social amenities in the area.

Speaking at the Public and Private Development Centre (PPDC) programme aimed at promoting inclusive governance through civic engagement, a religious leader Rev Thomas Bako from Yimi community under Gwagwalada Area Council said they are the most cheated people in Nigeria.

TheFact Nigeria gathered that of the some communities are not accessable during the raining season and they have been unable to get access to their representatives for complain, having written saverally to them.

Rev. Bako said,  “before we communicate to our representative, it is difficult. You go to there offices, they will say you should come another day. We are peasant famers. How will you keep spending transport to visit someone’s office that don’t care about you? Bako asked.

Bako who said their roads are bad with several communities without social amenities, added that the few individuals that bought cars as a means of transmission are finding it difficult to drive.

“The roads are bad. Accident taking place everyday. You hear contract is awarded, if you go to the site, nothing is done in that area. Some communities can only be access in the dry season.

“Even the kidnapers and bandits are not afraid of the police nor the army.
If you arrest them, the army and the police will free them. It is only the vigilante that are doing well but they have not been empowered,” Bako added.

Bako who also raised concern over employment racketeering in the country, said it is based on who you know.

“Go to the schools, no teachers. Anything you say, they will be hunting you. There are alot of rubbish, corruption, nepotism going on everywhere.

“The Abuja at 30 community is even better because they have educated people. If you reach Tunga Hawa, they can’t come out in raining season until dry season. You won’t think this people are in Abuja,” he said.

He said some title chiefs in their villages are part of the communities problem adding that some of them will not want the community to write about issues that will help the community because they have collected money from the politicians.

Also speaking, Dr Jamberlang A Ray from Buzumkure community in Kuje Area Council said some of the local government chairmen are not accessable.

This is a series of community engagements between September and October of this year, PPDC has surfaced interesting findings on citizens’ expectations regarding service delivery.

These engagements were conducted in Six communities (Karon- majigi, Yimi, Buzunkure, Ijakpada, Abaji, and Apiawoyi) across the six area councils in Abuja.

On his part, Senior Programme Manager, PPDC, Mr Onyekachi Chukwu taught the indigenes on projects monitoring and how to engage the government on quality service delivery.

PPDC was established in February 2013 to increase citizens’ participation in governance processes in Nigeria in a way that improves the integrity of public and private sector processes.

The core focus of these programmes is to empower and mobilise more citizens to participate in government processes. One of the ways in which it encourages and stimulates citizens’ participation is through its Budeshi radio programmes which highlight the need to institutionalise open contracting practices across all stakeholder groups in Nigeria.