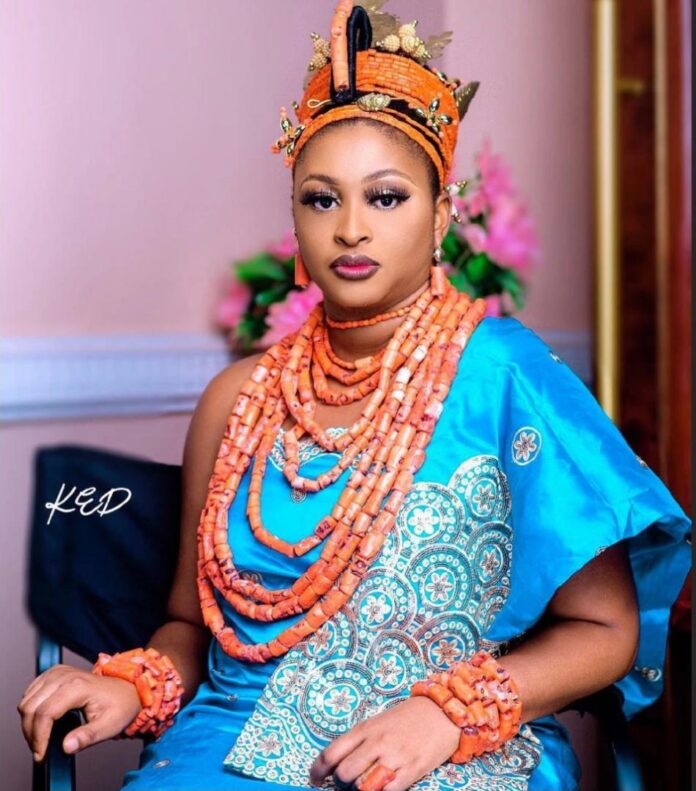 She confirmed that her marriage to her Benin city-based lawyer hubby, Ighorosa, has crashed.

The couple got married in September 2020 and welcomed their first child in December 2020.

She called out a popular blogger for publicizing her failed marriage and breaking the news of her pregnancy months ago.

“This ‘old witch’ again! I really do not want to reply you but I feel you will never stop if I ignore. You were the first person to publicise my pregnancy that was barely trying to survive past the first trimester due to its complication. I kept quiet,” she wrote.

“Now you have come again and I know you have receipts and you won’t dare us to deny. I don’t blame you, it’s the close friend, the insider who is feeding you. May God forgive that person.”

“Everyone is going through something including you. Thanks for getting this huge burden off my chest. You tried. But from now on, avoid me, Stella. T for Tenx.” 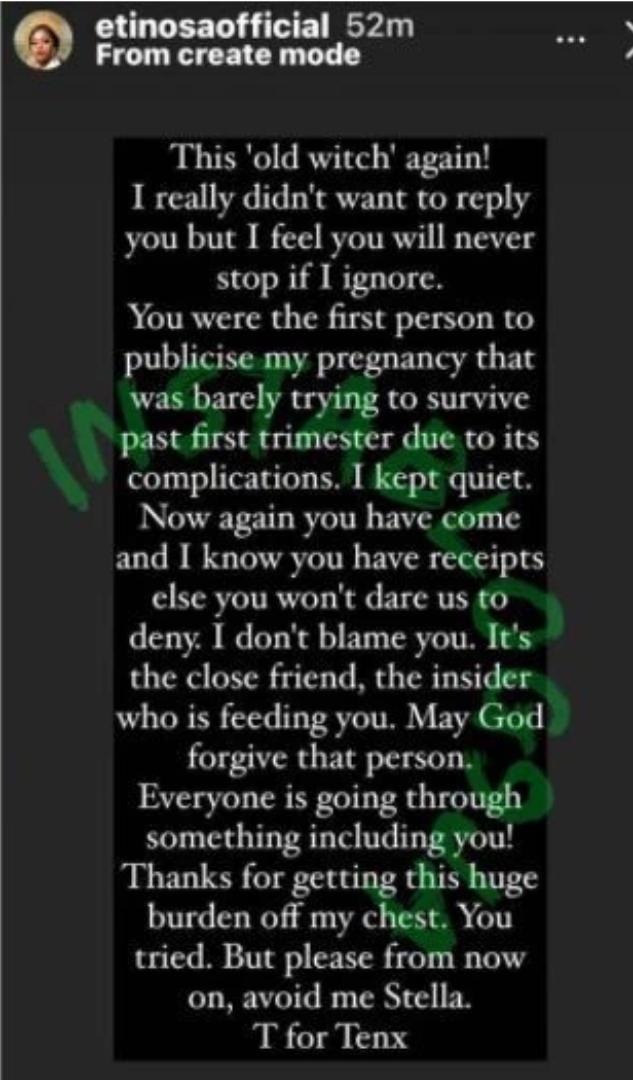 The movie star was first married to a military officer at the age of 22.

Her marriage crashed after some years due to allegations of domestic violence.

2023 Presidency: Vote Me For My Competence Not Ethnicity- Amaechi