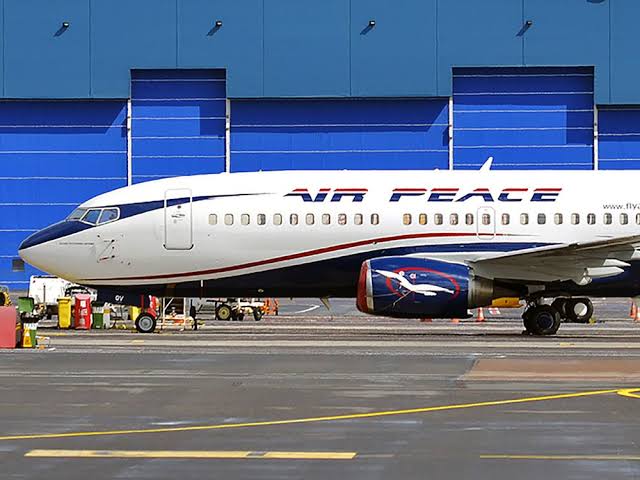 Some sacked pilots with Air Peace can now heave a sigh of relieve, as management has concluded plans to recall them.

The respite was occasioned by the intervention of the Minister of Aviation, Hadi Sirika.

A statement by the Director, Public Affairs, Ministry of Aviation, James Odaudu, said the minister was worried by the decision of the Airline’s management to sack the pilots, coupled with its attendant negative effect, Sirika.

According to Odaudu, it was against that backdrop, that Sirika initiated a meeting between the management of the airline, and the leadership of the National Association of Airline Pilots and Engineers (NAAPE) held in his office on Tuesday.

Chairman of Air Peace, Chief Allen Onyema, who acceded to the Minister’s plea for the recall of some of the pilots, said the need for the courier to remain an active player, was Central.

“In their presentation, NAAPE, led by its chairman, Galadima Abednego said that some missteps could have been made in the course of the standoff between the airline and the union and appealed to the Minister to intervene in order to resolve the impasse”, Odaudu said.

He (Abednego) said that, “as a union it was a painful thing to see a large number of their members thrown into the labour market, and further appealed to employers of labour to see the union members as partners, and not adversaries”.

Meanwhile, the Chairman of Air Peace, Chief Allen Onyema, has registered his displeasure over what he considered was the ingratitude of some of the airline’s pilots.

Onyema, however, commended the Minister for purposeful leadership.