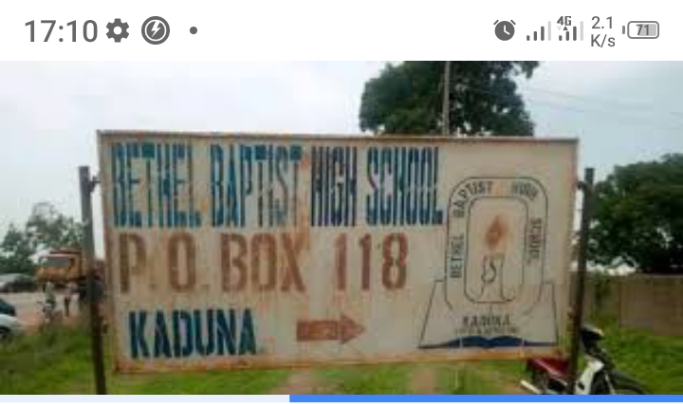 The hoodlums, who invaded the school at about 2am Monday, 5 July, did so in large number, armed with sophisticated weapons.

According to the Kaduna state Chairman of the Christian Association of Nigeria, CAN, Rev. Joseph Hayab, who confirmed the incident, said his son who is also a student in the school, was among some of those who narrowly escaped the bandits.

Asked to confirm the number if students abducted, Rev. Hayab said many of the students were missing, and that the exact number of those taken would not be ascertained until those who probably ran into hiding are back and a census of the students is taken.

“We cannot give the exact figure of those abducted for now, until those who ran into the hills for safety are back and a census of the students is taken, but we know they took a lot of students”, he said.

Meanwhile, the State’s Police Command spokesperson, Mohammad Jalige, could not be reached on telephone to comment on the matter.

It is notable that the latest attack on the State occured barely 24 hours after bandits, in the early hours of Sunday, raided the National Tuberculosis and Leprosy Centre, Zaria, and abducted seven people, includinh a nursing mother.

"The Fact" is an Online News Media published by The Fact Nigeria Limited in January, 2020 to address the issue of Fake News by promoting objective reporting. As an independent and non-partisan group, the outfit has adopted an unbiased and investigative style of reporting to deliver complete and factual stories. As the mouthpiece of the vulnerables, the paper is out to check the activities of the powerful by holding them to account through credible, original and illuminating reports.
Contact us: thef[email protected]
© Copyright 2021 - TheFact_NG
%d bloggers like this: