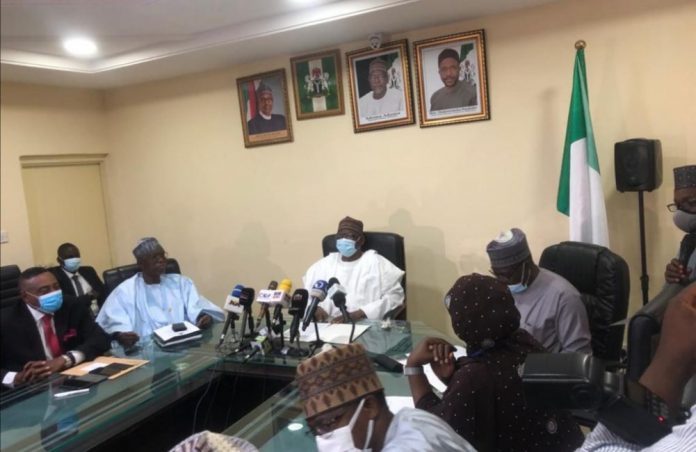 The Minister of Education, Mallam Adamu Adamu has inaugurated a 7-man team to renegotiate the agreement the Federal Government had with the Academic Staff Union of Universities (ASUU) in 2009.

Adamu inaugurated the team in Abuja on Monday, March 7, 2022, with the charge to conclude the re-negotiation exercise within the shortest possible time.

TheFact Nigeria gathered that successive administrations had failed to meet up with the terms of the agreement therefore leading to protracted industrial action by the Union, with adverse effects on the students.

According to the Minister, the nomination of the men to serve the Federal Government in this capacity, was not unconnected with their track records of invaluable impacts to the development and progress of the Nigerian University System (NUS).

He therefore added that he had no reservations that they would conduct the assignment with the seriousness and urgency it deserves.

The Education Boss recalled that the re-negotiation of the 2009 Agreements between the Federal Government and the University-Based Staff Unions (ASUU, SSANU, NAAT & NASU) commenced on Monday, 13th February, 2017.

He however, pointed out that it had dragged on till now, due to the COVID-19 pandemic and other
unforeseen circumstances.

Adamu noted that the earnest desire of every stakeholder in the NUS and the nation at large was to conclude the re-negotiation exercise within the shortest possible period.

He further appealed to the reconstituted Committee to double its effort towards concluding the assignment and producing a realistic and workable draft Agreements that would holistically tackle the challenges confronting the NUS and reposition it to effectively play its very important role in national development.

The Committee, which is expected to review the draft proposed FGN/ASUU Agreement, has the following Terms of Reference:

Enumerating the roles of the committee, the Education Czar said they were to:

“Liaise and consult with relevant stakeholders to finalise the position of the Federal Government to the issues in the draft proposed FGN/ASUU Renegotiated Agreement;

“Renegotiate in realistic and workable terms the 2009 Agreements with other University-Based Unions;

“Negotiate and recommend any other issue the Committee deems relevant to reposition the NUS for global competitiveness; and

“Submit proposed draft agreements within three (3) months from the date of inauguration”, he said.