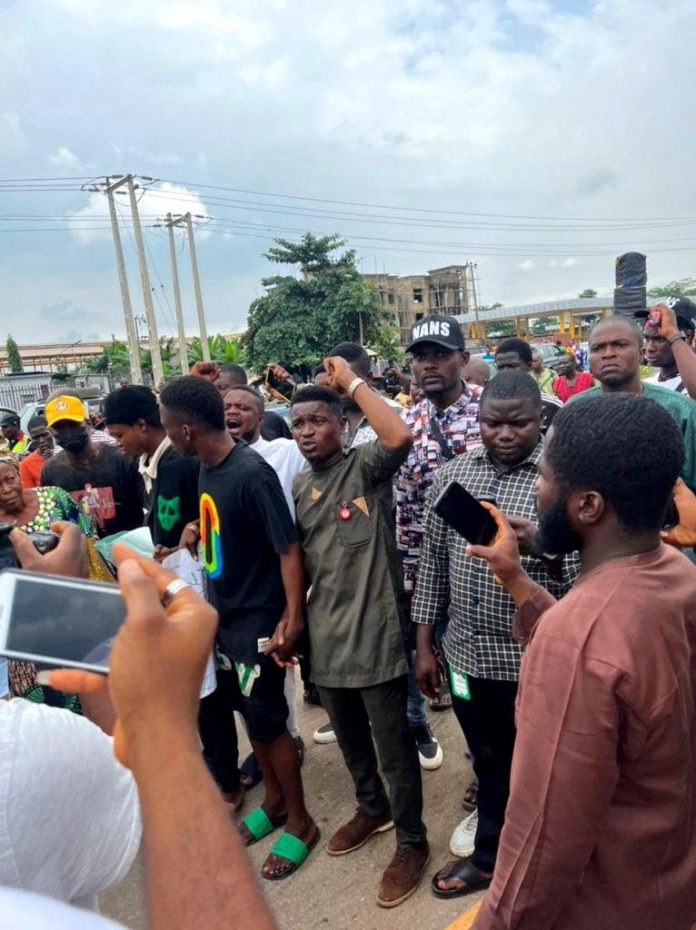 The National Association of Nigerian Students (NANS) has called on President Muhammadu Buhari to reverse the no-work-no-pay policy on university lecturers under the auspices of the Academic Staff Union of Universities (ASUU) who had been on strike for the last seven months.

NANS South-West coordinator, Emmanuel Olatunji, made the call on Tuesday, September 13, 2022, while addressing newsmen at a protest university students held on the Lagos-Ibadan expressway.

Olatunji, who lamented the deplorable state of the country’s education, expressed the association’s support for ASUU in its struggles.

He accused the Buhari administration of failing in its promise to revamp the educational sector.

“We call on the Buhari government to pay all outstanding arrears and salaries of the lecturers.

“The policy of no-work-no-pay is a fascist one. It’s, therefore, condemnable and non-acceptable to all the millions of students in Nigeria.

“We stand with ASUU. We call on the ASUU leadership for a meeting as soon as possible to discuss solidarity actions and plan for the next phase of the struggles,” Olatunji said.

Lamenting that no higher institution in Nigeria can today be listed as world-class, he pointed out that yet, the country’s leaders and public servants travel all over the world, spending billions to send their kids abroad for studies.

“Our lecturers suffer the same hardship and maldevelopment we suffer. The staff houses are as bad as the students’ hostels. In South Africa, a professor’s laboratory is far more equipped than any university in Nigeria,” he said.

NANS vowed at the protest that it would not let down its members until the matter was brought to a logical conclusion.

It passed a vote of no confidence on Buhari’s ministers of labour and education, and urged the Federal government to fund the educational sector “properly”, rather than the poor funding it said the sector had been experiencing in the past seven years.

Olatunji vowed that NANS would mobilise all students to shut down the country, including the presidential villa.

ASUU has asked the federal government to pay its members’ salaries and arrears as part of its conditions for calling off its strike that has lasted more than seven months.

However, the federal government had rejected the union’s demand, insisting on a no-work-no-pay policy.

The minister of education, Adamu Adamu, said ASUU had no reason to demand payment for the period it stayed out of work.