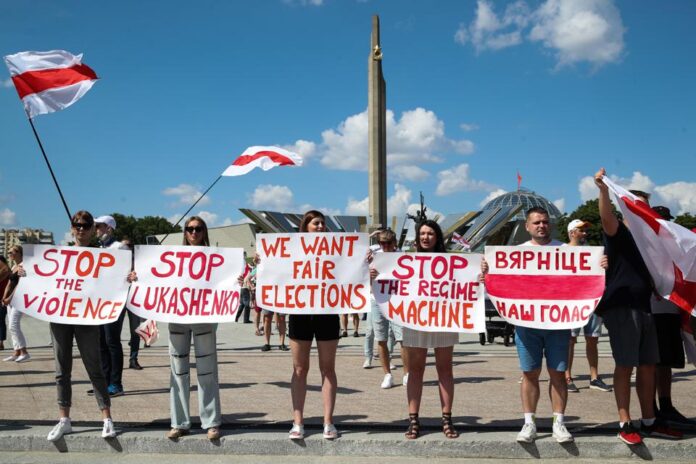 The United Nations Human Rights has expressed concerns over the crackdown on civil societies, mass searches of homes and offices of human rights defenders and journalists in Belarus.

The UN Human Rights has therefore urged authorities to ensure that activists and media workers can do their work without the fear of molestation.

On its official Twitter handle, @UNHumanRights wrote: “#Belarus: We are deeply concerned by civil society crackdown, escalating in mass searches in homes and offices of #HumanRights defenders & journalists on 16 Feb. We call on authorities to ensure that activists and media workers can conduct their work free of fear & intimidation”.

Reuters reported that Belarusian security forces searched the homes of journalists and human rights activists in several cities across the country on Tuesday, intensifying a crackdown on mass protests against veteran President Alexander Lukashenko.

The report said Police searched the homes of 25 members of the independent Belarusian Association of Journalists (BAJ) and the human rights organization Viasna-96, Viasna-96 said.

The authorities in a statement connected the searches to an investigation into what they said was the financing of the protests by “organisations positioning themselves as human rights defenders”.

More than 33,000 people have been detained in a violent crackdown following an election last August in which Lukashenko’s opponents say was blatantly rigged to hand the president a sixth term in office since 1994. He denies electoral fraud.