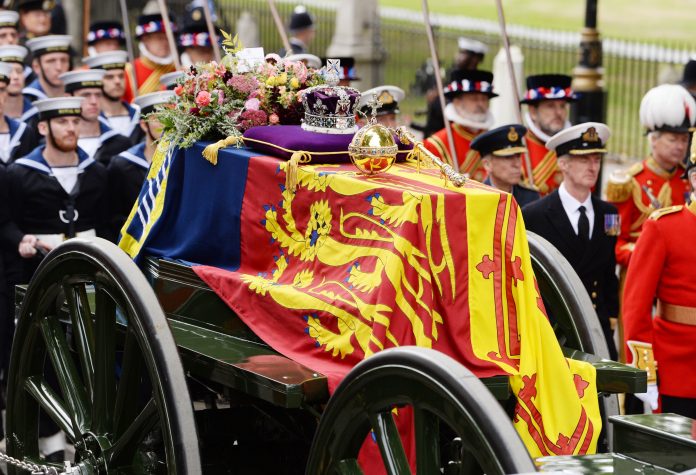 Over 500 Heads of Governments, comprising Presidents, Prime Ministers, Monarchs, including Joe Biden of United States and Emmanuel Macron of France were much on ground to witness the burial of Queen Elizabeth II in London.

The over 200 people invited, together with tens of thousands of Britons lined the streets of London jostling to catch a glimpse of the queen’s coffin.

Millions more watched on television from around the world in what appears as the most emotional royal family burial ceremony ever held in history.

Queen Elizabeth died on September 8, 2022 at Balmoral Castle, her summer home in the Scottish highlands at the age of 96. The death brought her 70-year old reign to an end.

Yesterday at St. George’s Chapel in Windsor Castle, over 800 guests attended a more intimate committal service which concluded with the crown, orb and sceptre – symbols of the monarch’s power and governance – being removed from the coffin and placed on the altar. 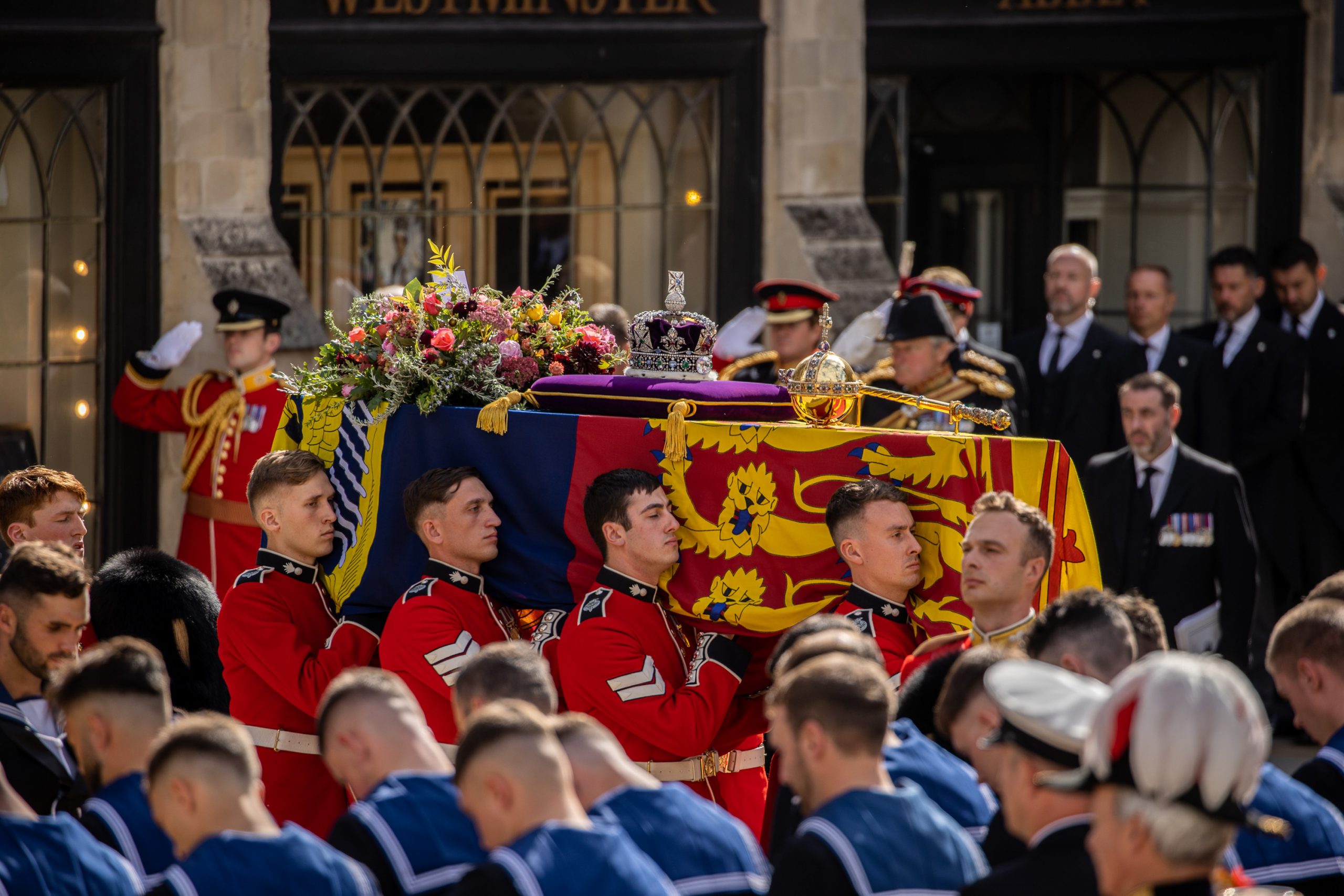 The Lord Chamberlain, the most senior official in the royal household, then broke his ‘Wand of Office’, signifying the end of his service to the sovereign, and placed it on the casket which then slowly descended into the royal vault, as the congregation sang “God Save the King”.

After the funeral Mass at St. George’s Chapel, her body was taken to from Westminster Abbey to Wellington Arch and transferred to a hearse to travel to Windsor, where more big crowds waited patiently.

In a private family service, the coffins of Elizabeth and Philip, who died last year aged 99, were moved from the vault to be buried together in the same chapel where her father, King George VI, mother, and sister, Princess Margaret, also rest.

Britain’s culture minister, Michelle Donelan said on Tuesday that over 250,000 mourners filed past Queen Elizabeth’s coffin at Westminster Hall in London during her lying-in-state. 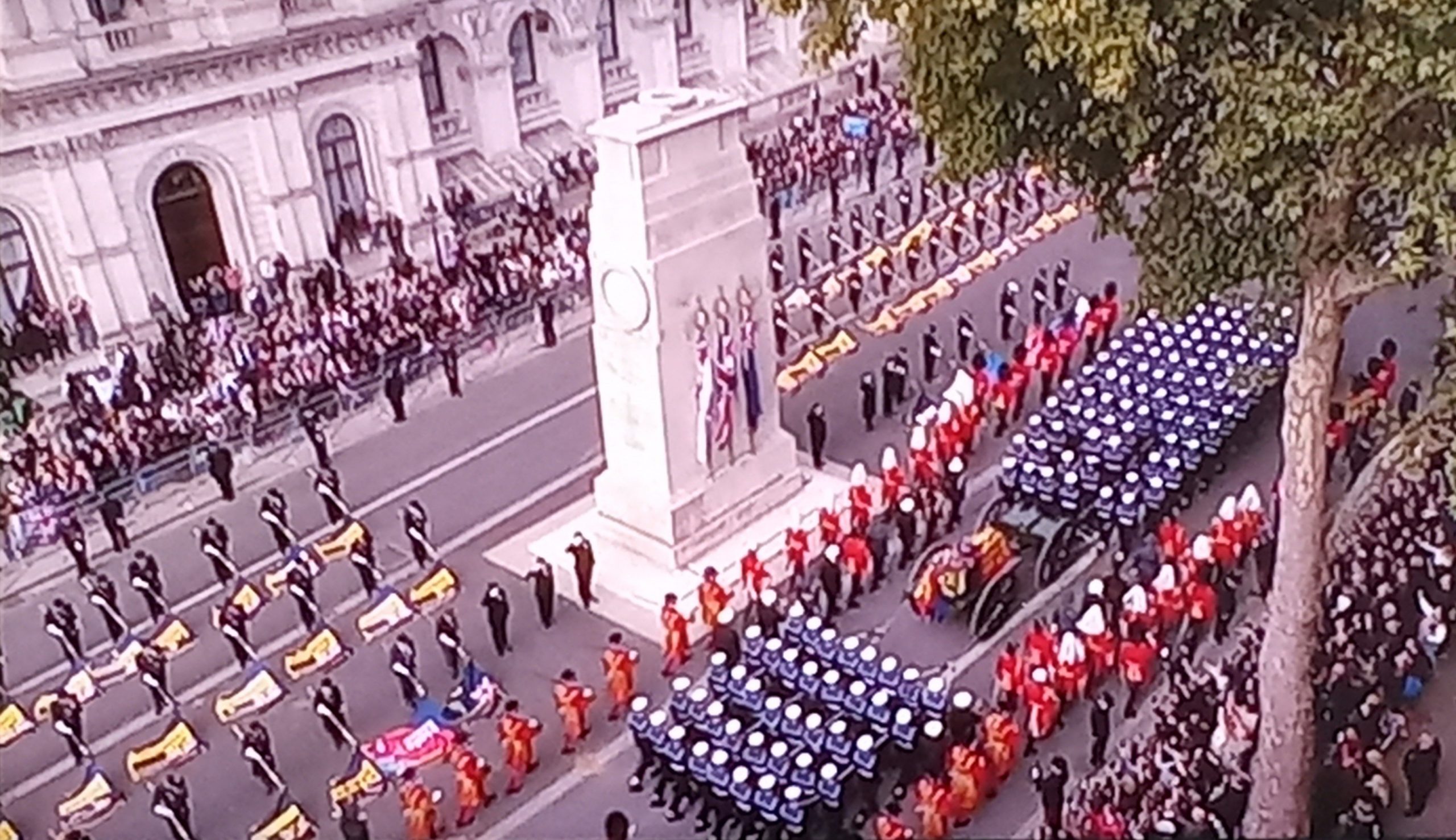 “It’s approximately around the 250,000 mark. We’re just crunching those final numbers,” Donelan told Times radio. The full figures would be released in due course”, she added.