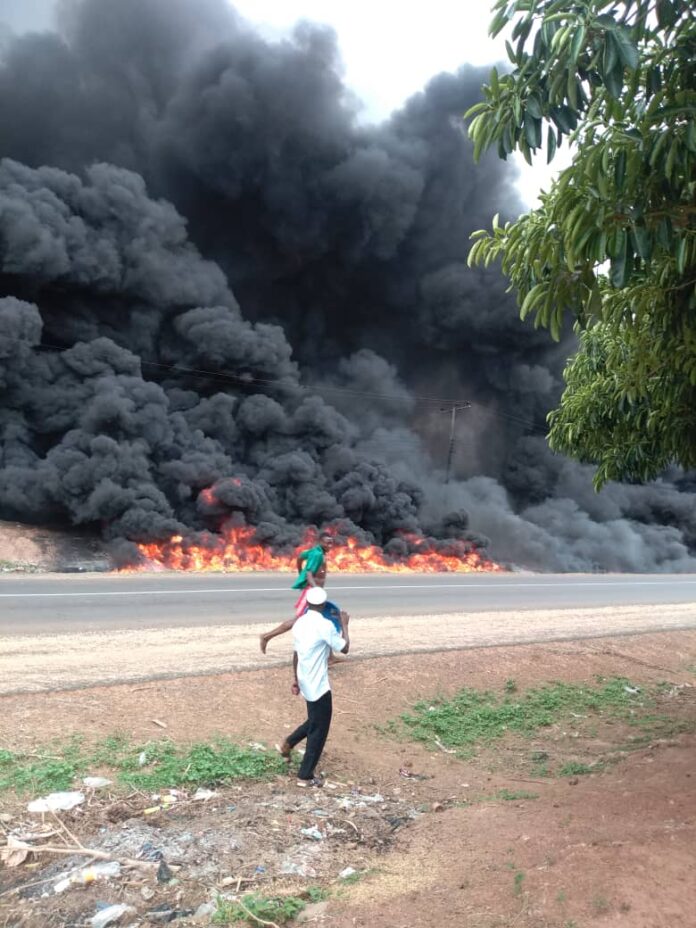 The Federal Government’s decision to construct a road connecting the Federal Capital Territory (FCT) to Benue state have been a source of joy and development to the idoma nation.

However, this afternoon the once bubbling town of Oshigbudu, a community in Agatu Local Government Area of Benue state was thrown into a rude shock as  a petrol tanker plying the newly constructed road failed brakes and caught fire.

TheFact Nigeria gathered that the tanker exploded at the junction to Ogbagaji Local Government Area, blocking the highway.

According to eye witnesses, the fuel from the tanker flowed down into adjoining buildings, houses, shops, businesses places, setting them on fire. Lives were also lost in the inferno and people displaced.

The residents called on NEMA, federal, state governments and all good spirited individuals to come to their aid. 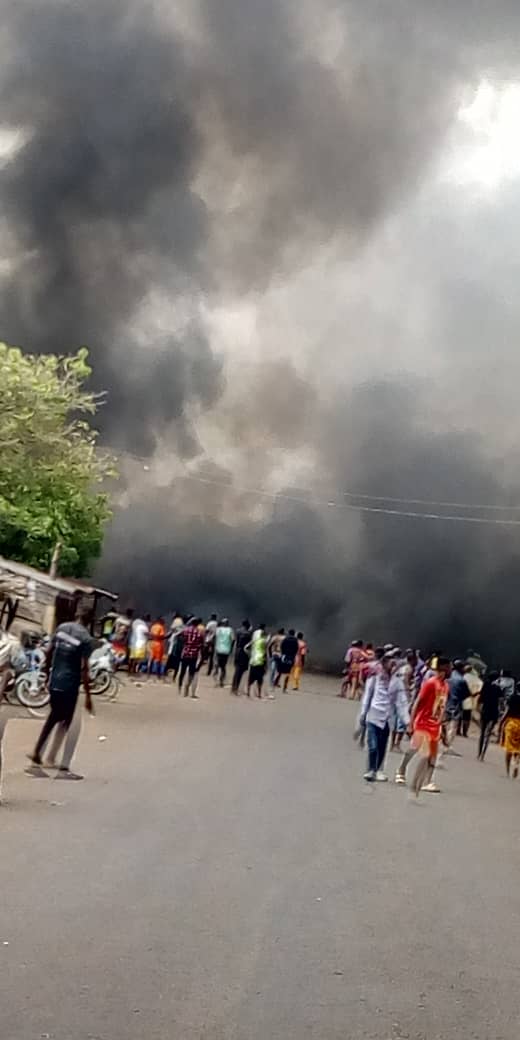