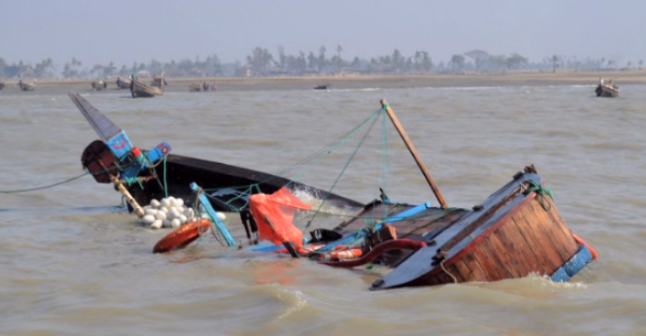 Two persons have been confirmed dead after a boat capsized in Ringim Local Government Area of Jigawa State.

The Police Command’s spokesman, DSP Lawan Shiisu Adam, who confirmed the incident on Sunday, 11 September, said five persons were rescued while six others are still missing.

TheFact Daily reports that three similar incidents in Miga, Gwaram and Guri Local Government Areas, which happened recently, led to the death of twelve people mostly women and children. This is not unconnected to flash floods as a result of the adverse effect of torrential rains that have left houses submerged and people displaced.

According to Lawan, the canoe was conveying 13 passengers going for a condolence visit from Dabi to Sayango, when it hit an object, broke down and capsized at about 12pm on Sunday.

On arrival at the scene of the accident, Adam explained, police operatives, with help of local divers, launched a search and rescue mission, which led to the recovery of 7 persons, who were immediately rushed to the General Hospital, Ringim, for medical attention.

Two of the seven persons taken to the hospital, 30-year-old Bara’atu Garba, female, and 3-year-old Mahmud Surajo, were certified dead by a medical doctor and their remains released to their relatives for burial.

Adam added that the remaining five were responding to treatment, while efforts were in top gear to locate the missing occupants.

Many of the affected communities in Jigawa State now resort to commuting with boats. However, transportation by boat in the State, like in many parts of Nigeria, is not regulated and so, operators often overload their boats and seldom provide life jackets to commuters.