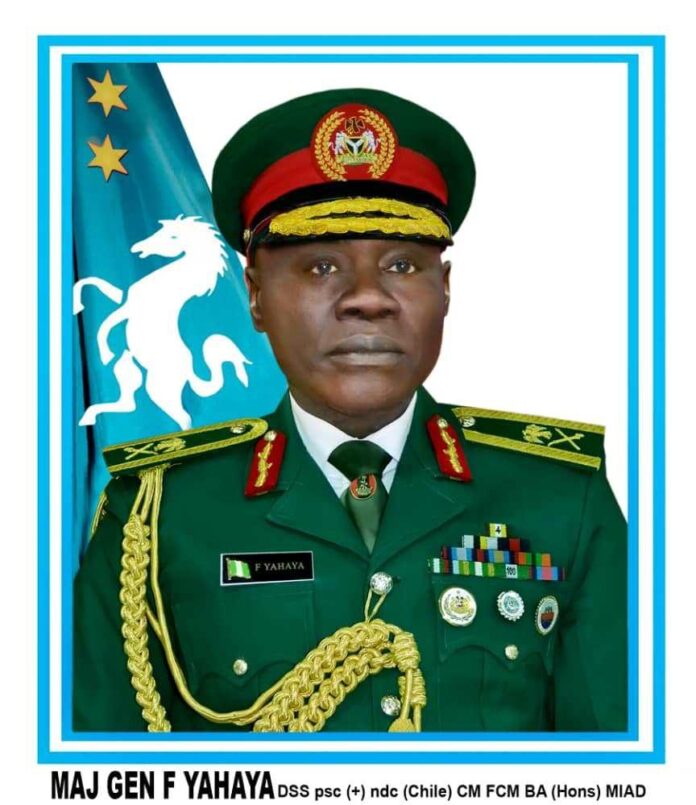 The Commander in Chief of the Armed Forces of the Federal Republic of Nigeria, President Mohammadu Buhari has appointed Major General Farouk Yahaya as the new Chief of Army Staff.

This appointment is coming six (6) days after the death of the COAS, Late Lieutenant General Ibrahim Attahiru, together with 6 other senior officers who lost their lives in an air mishap in Kaduna.

Meanwhile, the Acting Director, Defence Information, Brigadier General, Onyema Nwachukwu in a statement said, Prior to his appointment Major General Yahaya was the General Officer Commanding 1 Division of the Nigerian Army and the incumbent Theatre Commander of the Counter terrorism Counter Insurgency military outfit in the North East code named Operation HADIN KAI.

TheFact Nigeria had earlier reported that speculations were rife that Major General Faruk Yahaya of Regular Course 37 from Zamfara State may likely become the new COAS.

He was formerly the Theatre Commander Operation in the North-East and former General Officer Commanding Officer, 1 Division.