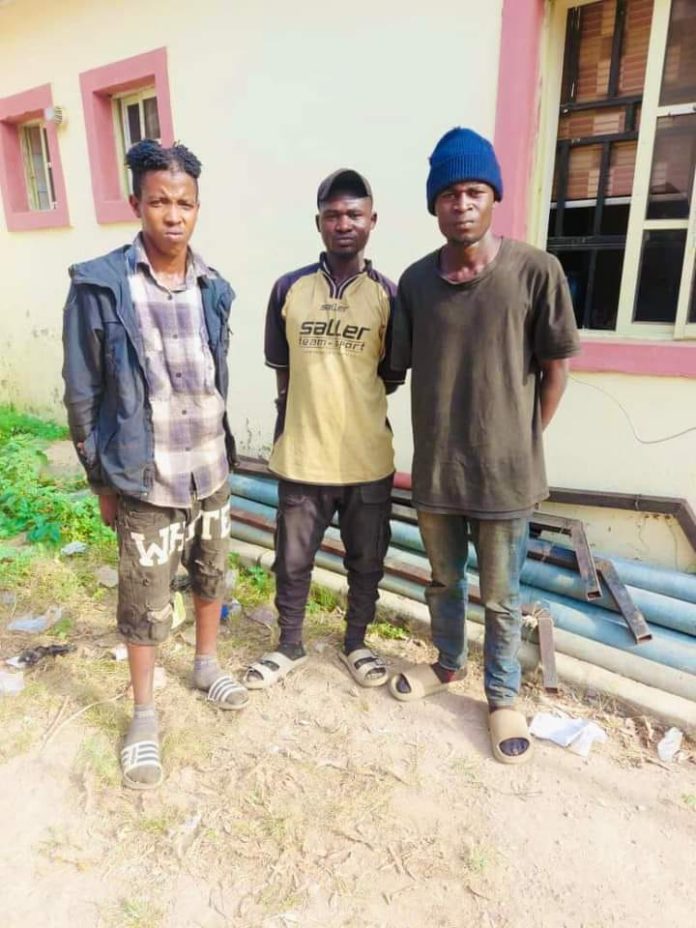 Operatives of the Nigeria Security and Civil Defence Corps, NSCDC, have arrested five suspects for vandalizing bridges in Abuja, the Federal Capital Territory.

NSCDC spokesman, DCC Olusola Odumosu, disclosed yesterday that the arrest of the criminal syndicate was made possible following credible information and surveillance mounted by the Directorate of Intelligence and Investigation (DII) Crack Squad from the National Headquarters of the Corps with the support of other stakeholders.

TheFact Daily gathers that the suspects, from whom were recovered vandalized 5 inches galvanized pipes (5 mm), angle irons and a hand saw used in carrying out the destructive act, are artisans whose activities are domiciled around the crime scene which is located close to the headquarters of Federal Mortgage Bank, Central Business District, Abuja.

The arrested suspects are: Abdullahi Bello, 18; Julius David Madaki, 18; Gambo Clement, 18; Sadiq Abdullahi, 24 and Abdulaziz Aliyu, aged 25. A discreet investigation into the matter has commenced and would be followed by diligent prosecution of the suspects.

Odumosu said,  the Corps was on the trail of other members of the criminal gang who are currently at large, “and very soon, it’s assured that they will be arrested and brought to justice”.

It would be recalled that the Commandant General of NSCDC, Dr Ahmed Abubakar Audi, worried by the incessant vandalism and theft of manhole covers on roads in the FCT, directed operatives of the Corps to redouble their efforts in ending the menace.

“Following this directive, officers and men of the Corps immediately evolved new measures and renewed determinations to protect all Critical Assets and Infrastructure (CNAI) in the country nationwide; a move which resulted in the arrest of the suspects who confessed to having carried out the dastardly act at night”, Odumosu stated.

He added that the Corps’ intensified collaborations and engagements with other security agencies, stakeholders and well-meaning Nigerians, have started yielding positive results.

Odumosu enjoined citizens to join hands with security agencies in ensuring protection and safety of lives and public infrastructure by giving useful and timely information to the Corps or any of the security agencies once anyone or groups of people are sighted vandalizing them.

Yomi Fabiyi Calls Out Those Who Tortured Baba Suwe