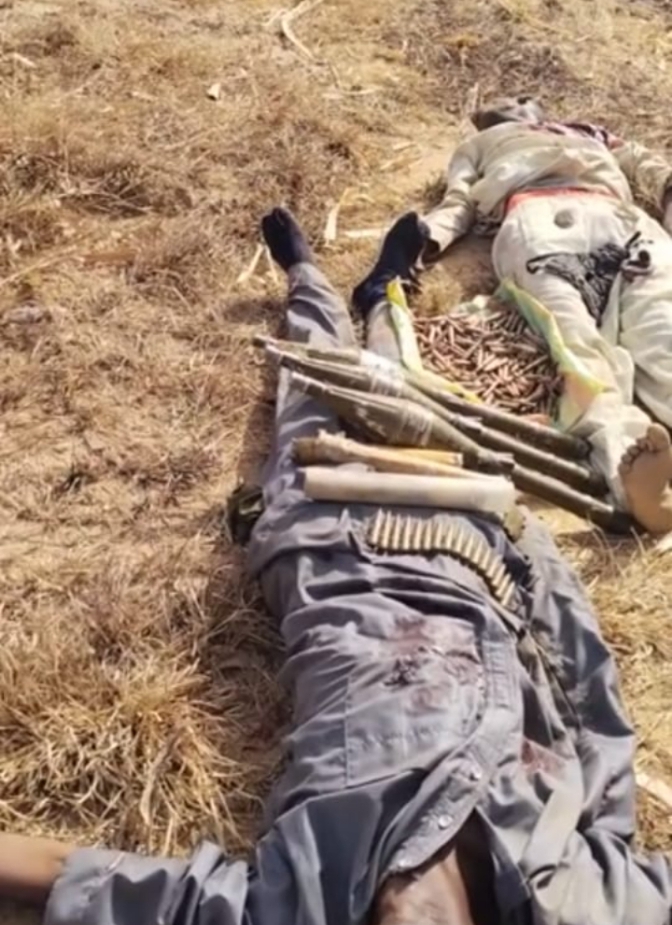 A statement Monday, by the spokesman of the Zamfara State Police Command, SP Mohammed Shehu, reveals that the criminals were decimated on Saturday, in a joint operation after an extensive gun duel that lasted for hours between the police and the arms dealers.

According to statement, the terrorists were accosted in a Toyota Corolla vehicle following an intelligence information.

Explosives, Aircraft rifles, AK 47 rifles, RPGs amongst other weapons were recovered from the arms suppliers, two of which were fatally injured, leading to their death after the exchange.