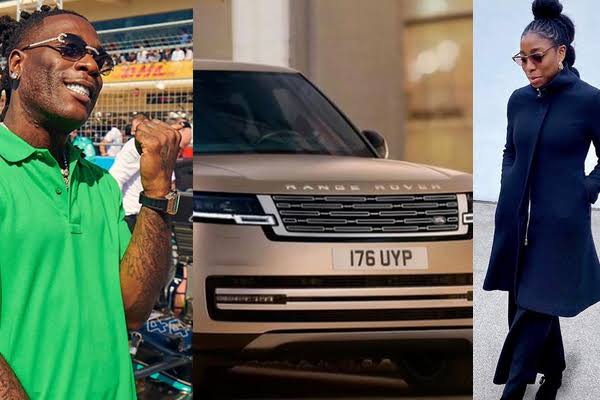 Grammy award-winning Nigerian singer, Damini Ogulu, popularly known as Burna Boy, has taken to his social media page to sing his sister’s praise for being one of the creators of the 2022 Range Rover design.

The proud brother took to his Instagram story to share a screenshot of his sister’s interaction with the car company, Land Rover, United Kingdom.

Sharing an image of the car, the company said, “Introducing the #NewRangeRover. The most desirable #RangeRover ever created.”

Quoting the company’s tweet, Nissi said, “After three years of working on this project, I’m happy to see it now revealed to the world.”

Thr company further commended Nissi for the design and wrote: “It is a wonderful feature of design and engineering. It’s a very proud moment for us all.”

Reacting to the interaction, Burna Boy who could not hide his joy stated that he’s proud of his younger sister.

“My little sister designed the new range. Someone tell her to run me a discount code.”

Nissi also showed-off her design on her Instagram page. She wrote:

“New Range Rover. It has been a pleasure being part of the team to bring this beautiful car to life over the last three years and I’m happy to see it finally unveiled to the world.”