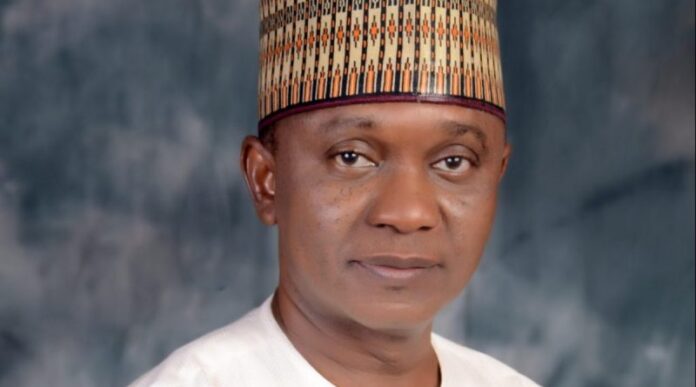 Staff members of the Corporate Affairs Commission (CAC) have petitioned the National Assembly, the Code of Coduct Bureau (CCB) and the Presidency over allegations of corruption and victimisation against the Registrar-General, Alhaji Garba Abubakar.

Writing under the Amalgamated Union of Public Corporations, Civil Service Technical and Recreational Services Employees (AUPCTRE), the staff Union gave a list of alleged corrupt practices, victimisation of staff members, and preferential treatment to favoured staff members for promotion, among others.

But the Corporate Affairs Commission (CAC) insisted that the allegations made by the AUPCTRE, which it described as a former Union, were baseless and motivated by self-interest of some few officials of the “ex-Union.”

The petition to the Chairman of the Code of Conduct Tribunal, dated January 11, 2021 titled “Petition against the Registrar-General, CAC, Alhaji Garba Abubakar on abuse of power, financial impropriety and alleged commercialisation of promotion examination in the commission” was signed by the acting secretary general of AUPCTRE,  Mr Musa Ukpo.

But a defence of the Registrar-General released by the CAC and signed by its Director, Public Affairs, Mr Duke Ukaga, explained that the tax consultancy contract saved the organisation N600 million.

“Unilateral decisions that affect staff welfare such as stagnation, alteration of promotion policies, refusal to pay staff promotion arrears of 2019 despite the availability of funds and budgetary provisions,  stoppage of all staff loans schemes, including those of the cooperative societies, coercing of staff to forcefully resign their membership of the union and imposition on them the membership of another union of his choice, stoppage of union monthly deductions.”

CAC’s response to the allegations against its head, also posted on its website, noted that the anger of the AUPCTRE stemmed from the loss of N2 million check-off dues by the union.

“The allegations are figment of imagination of the AUPCTRE who could still not accept the reality of losing check up dues of over N2Million monthly from the Commission following the stoppage of check up dues deduction in respect of senior staff members.

“The Commission would not have bothered
to respond but for the blatant falsehood demonstrated. The write up is a cheap blackmail, a figment of the writer’s imagination. It smacks of mischief, an attempt to ridicule the Registrar-General and the Commission,” it said in its statement.

On the allegations that the promotion examinations for 2019 and 2020 in the commission were commercialized; and vacancies not declared in Human Resources and Finance departments in the appropriation year yet Abubakar filled them with his favourite against the budgetary provision, making it a breach of the appropriation act, the CAC explained its position.

Its explanation: “The 2019 promotion examination was held in 2020 and no budgetary provision was made for the payment of promotion arrears dating back to 1st January, 2019.

It said further: “The 2019 examination was held on the 10th October, 2020 at JAMB CBT Centres in Abuja, Kano and Lagos.
A total of 394 staff sat for the 2019 promotion examination. The result of the examination was published the same day at the Commission’s website upon receipt from JAMB.

“At the end of final collation, a total of 258 candidates were successful and promotion letters were issued to the staff upon approval by the Board of the Commission. It is highly mischievous for anybody to claim that the process was commercialized.

“While considering the report on the promotion examination, the Board expressed concern over the exponential growth in the number of staff on certain rank which was completely disproportionate to the total number of staff in the Commission and its implication to staff cost and the entire structure of the Commission.

No responsible organization will allow two (2) grade levels in the staff structure to account for over one-third of the total workforce and 40% of staff cost.

Nonetheless, the union is appealed to the presidency to prevail on the Registrar-General to stop his victimisation of its executives and rescind the threat to transfer them outside the headquarters.

They alleged that he has been witch-hunting them with outright sack from the commission.

However, the commission maintained that transfers were routine matters in the Commission as enshrined in the Staff Condition of Service, in the course of duty a staff member might be posted to any of the Commission’s offices around the country.

The union in a letter to the Chief of Staff to the President, Prof. Ibrahim Gambari dated March 5, 2021, titled ” The struggle of AUPCTRE against corrupt practices in public service with a special focus on CAC” was signed by the acting general secretary, Musa Ukpo.

The AUPCTRE accused the Registrar-General of “illegally dissolving the union executive, banning them from operating.
They also accused him of transfering all executive members of the union) to different parts of the country to weaken the union.”

The union consequently prayed “That Alhaji Garba Abubakar be directed to reverse his punitive transfer against CAC workers” and “be directed to respect constituted authorities.”

But the spokesperson for the commission explained the face-off on the unionisation of staff.

His words: “The general public may also wish to note that by the decision of the National Industrial Court (NIC) in Suits Nos. NICN/ABJ/125/2019 and NICN/ABJ/103/2019, the Courts have ruled that AUPCTRE is a Junior Staff Union. The Federal Ministry of Labour and Employment had long before the judgment advised the Standard Organization of Nigeria of that position by its letter dated 27th June, 2018. On the 27th of May, 2021, the NIC reaffirmed its 2019 judgment to the effect that AUPCTRE cannot unionize senior staff in Public/Statutory Corporations.

“In compliance with the Court Order and the position of the Federal Ministry of Labour and Employment, Management withdrew its recognition of the leadership of the AUPCTRE Local Chapter in the Commission because it comprised only of senior staff contrary to the decision of the court.”

He said junior staff members had been advised to elect new leadership for the Branch adding that a group of senior staff have since joined the Senior Staff Association of Statutory Corporations and Government Owned Companies which is the only recognized Union for senior staff members.

On the issue of welfare and promotion which the union complained bitterly about, the CAC said its Management did not have the power to increase staff members’ salaries and allowances without the approval of the Board and in consultation with the National Salaries, Wages and Income Commission.

On other matters of welfare, the commission stated: “Since the introduction of Treasury Single Account, the Commission did not have a separate Revolving Loan Account as was the case in the past.

“The Commission had been approving and granting loans from the revenue account and loan recoveries were not properly accounted for.

“Some members of staff have become over exposed due to indiscriminate borrowing from Commercial Banks and the Staff Cooperative Society with total deductions in most cases in excess of 33 1/3 percent contrary to the Condition of Service and Public Service Rule.

“The Commission has just created a Revolving Loan Account pursuant to the approval of the Board and the budgeted sum will be credited into the account as cash flow permits.