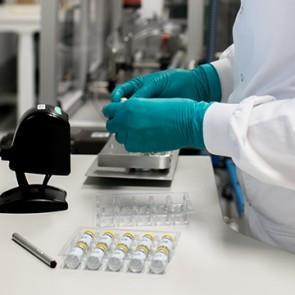 The federal Advisory Committee on Immunisation Practices committee said Wednesday that the pause in the use of Johnson & Johnson’s Coronavirus vaccine would continue for at least a week. Dr. Anthony Fauci, President Joe Biden’s chief medical adviser said Tuesday that the pause would be “more like days to weeks, rather than weeks to months.”
The extended pause is meant to give scientists time to collect more data before deciding whether to resume use of the J&J doses to combat Covid-19. Federal officials recommended the break because a rare and severe type of blood clot was identified among six of the 7.5 million people who received the shot.
“We do not know enough yet to say if the vaccine is related to or caused this health issue,” said a CDC statement this week, but the cases are similar to some “seen in Europe after vaccination with the AstraZeneca vaccine.”
That could be significant because, according to the CDC, “The AstraZeneca and Johnson & Johnson vaccines both use an adenovirus vector” to deliver instructions, in the form of genetic material, to a cell. “These vaccines are different from the Pfizer and Moderna vaccines, which are mRNA-based vaccines,” notes the agency’s statement. “These types of reactions — blood clots in combination with low platelets — are not being seen with the authorized vaccines from Pfizer and Moderna.”
White House officials were even more specific about the six cases in a press conference Wednesday.
Some key details:
-All six individuals with these clots were women between the ages of 18 and 48, and their symptoms presented 6 to 13 days after they were vaccinated with the Johnson & Johnson vaccine.
-The types of blood clots observed, called cerebral venous sinus thrombosis, occurred in combination with low levels of platelets — or a condition known as thrombocytopenia.
-The reports of cerebral venous sinus thrombosis and thrombocytopenia are similar to reports of thrombotic events with thrombocytopenia seen in Europe after vaccination with the AstraZeneca vaccine.
-While all the U.S. cases occurred in women, in the European cases, both men and women presented with the blood clots, though they were more frequent in women.
-Two individuals with these blood clots in the U.S. also had clots in their abdominal cavity or the veins of their gastrointestinal tract.
-All six individuals with the clots were between the ages of 18 and 48.
-Symptoms of a cerebral venous sinus thrombosis or other associated severe blood clot might include a severe headache, abdominal pain, leg pain, or shortness of breath.
Officials at the Wednesday WH press conference sought to assure Americans that “there is plenty of supply in the system of Moderna and Pfizer, including to replace J&J appointments with Pfizer and Moderna vaccine.” They noted that in February President Biden ordered 100 million additional doses of each Pfizer and Moderna, which brings the country to 600 million doses of just those two vaccines sometimes in July. Given that those are two shot regimens, 600 million doses is enough for 300 million Americans, the vast majority of the country’s population.
(Deadline)

NCC Deploys 84 IT Projects To Aid 3.5m Persons With Disabilities