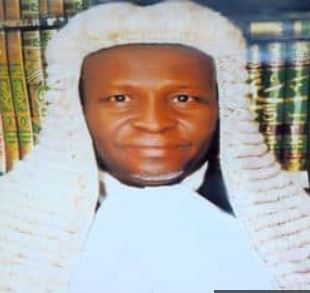 The Chief Justice of Nigeria (CJN), Justice Ibrahim Muhammad Tanko, will on Monday, swear-in 18 Judges as justices of the Appeal Court.

The swearing in is expected to be held at 10 am at the Main Court Room of the Supreme Court of Nigeria in Abuja.

Among the Justices whose elevation to the Court of Appeal have been approved is Justice Adebukola Banjoko of the High Court of the Federal Capital Territory, (FCT).

Justice Banjoko is the legal luminary who had on May 30, 2018, sentenced the former Governor of Taraba state, Jolly Nyame to a maximum of 14 years without an option of fine.

A letter addressed to the Chief Judge of the FCT High Court Abuja, and signed by the Chief Registrar, Hadizatu Mustapha said, “the CJN invites your lordship to the swearing in ceremony of the following Justices of the Court of Appeal Abuja on Monday, 28th June, 2021 by 10AM at the Main Court Room of the Supreme Court of Nigeria.”

Here are the names of the newly appointed Appellate Court Justices with their states of origin: