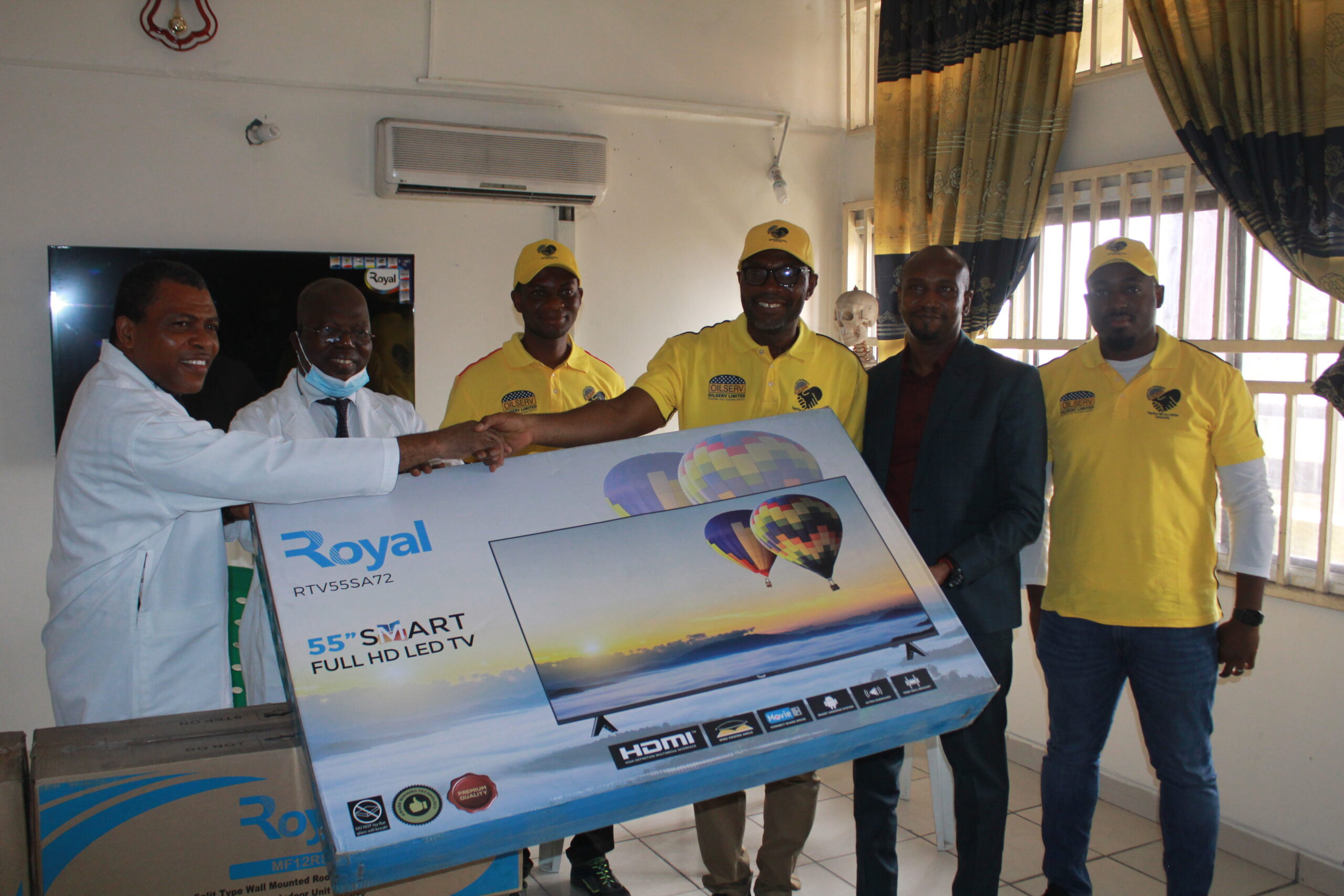 The company said, the activity with the theme: “Together We Are A Better Community”, was designed to reach out to entities in its community.

The CSR team led by the Corporate Communications Manager, Mr Emeka Opah kicked off the activity with a visit to Woji Primary Health Center Woji, by Slaughter Road.

At the health center the team presented medical items to the hospital. The items were received by Dr. Mrs Douglas who thanked the management and staff of Oilserv for remembering them at this auspicious time.

The teams next port of call was the orthopedic department of the University Teaching Hospital Port Harcourt. Here the team presented a 55-inch Television, two split units air conditioners and gallons of sanitizers to the hospital.

At the presentation ceremony, Mr. Emeka Opah, in his remarks said that the CSR week and gifts to organizations were in keeping with the philanthropic vision of Engr. Emeka Okwuosa, the Chairman of Oilserv Group.

He reeled out Engr. Okwuosa’s philanthropy in health, education, social amenities, religious organizations and the less privileged in the society. In his reply, Dr. Harcourt Somiari, who received the items on behalf of the hospital, expressed great joy and appreciation to Oilserv for remembering them.

He said the visit and gifts could not have come at a better time. He alongside other colleagues sent their love and appreciation to the Chairman, staff, and management for reaching out and showing love to our community. He said that like Oliver Twist, they still hope for more the next time our CSR activity comes round.

The Principals, Headmasters and Proprietors all expressed appreciation at the visit and the gift of educational items. They wished Oilserv the best in her endeavors, they prayed that more could be done to improve their service deliveries to the pupils and students. 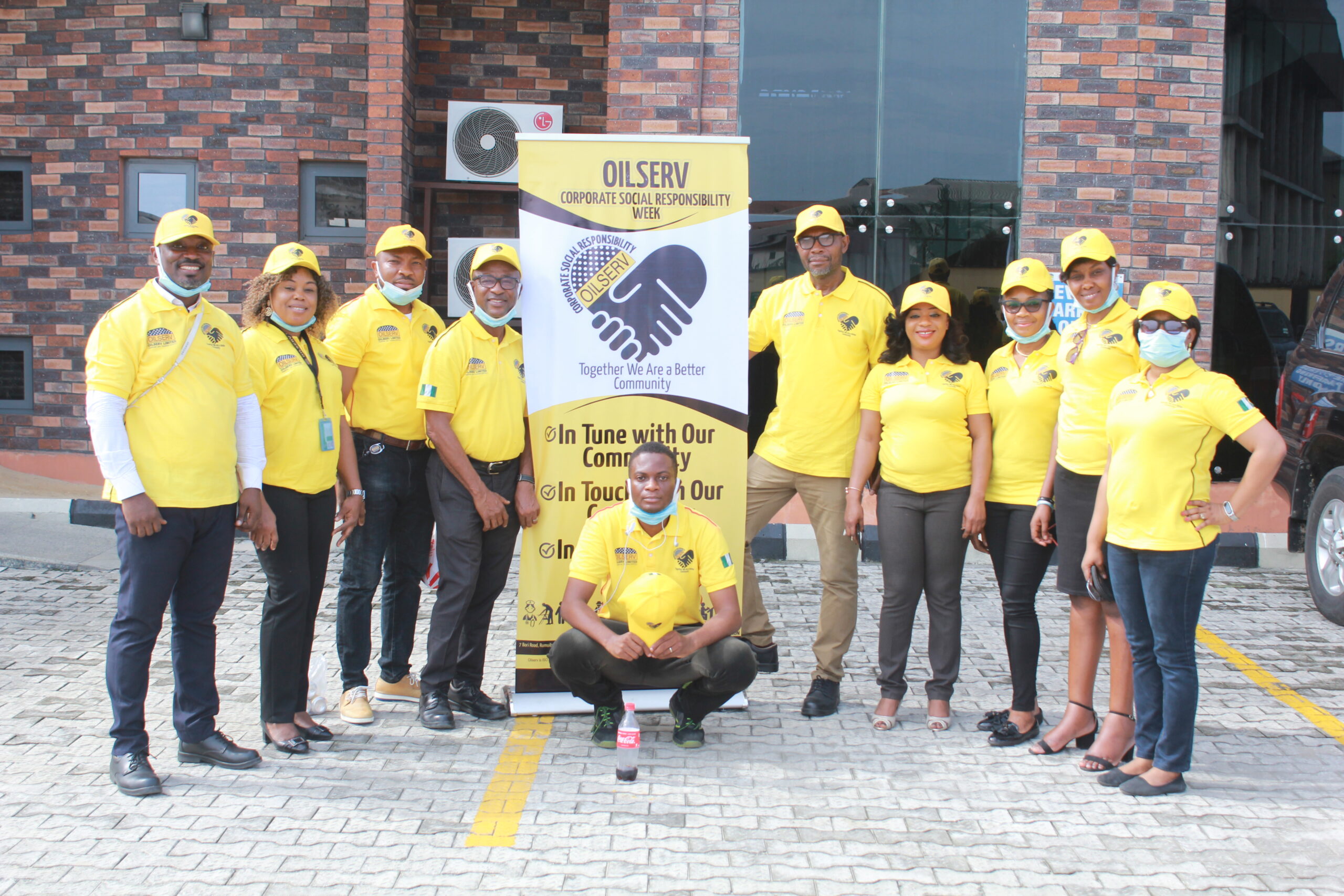 The Oilserv team thanked the teachers and students and promised to present their demands to the management for further considerations.

The climax of the CSR activity was the visit of the team to The Home for the Elderly in the old Port Harcourt Town. The home was presented with food items, clothes, toiletries and so on.

The Reverend Sister in-charge, Sister Mary Jane Agusiobi, was ecstatic at our visit and gifts. She said that Oilserv team was like a gift from the Gods.

She recounted their dire situation, made even worse by the pandemic that has practically left them with nothing from kindhearted individuals and organizations.

One of the elderlies led the team in a very heart-rending prayer session.

He prayed for our Chairman who made this initiative possible, prayed for the whole Oilserv organization and for all men and women to find love and care in their twilight years.

The CSR week was a great opportunity for the organization to feel the pulse of the community. It provides insight into the state of schools, hospitals, and many amenities in the community we operate. Together, Oilserv and their community, were the better for this interaction.