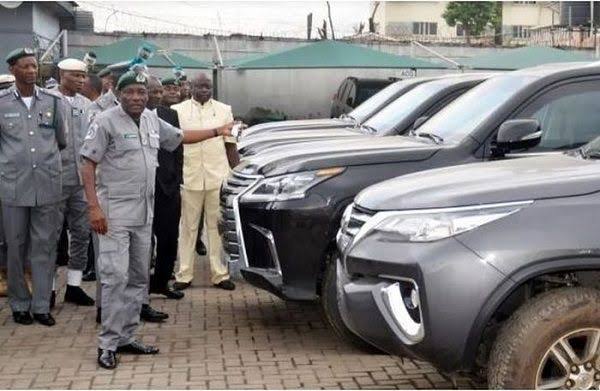 The Nigeria Customs Service, NCS, has debunked the erroneous speculation that it plans to undertake an auction of 7,000 cars.

This was contained in a statement yesterday, 8 August 2022, and signed by the Service’s spokesman, Mr. Timi Bomodi.

TheFact Daily recalls that the Service last month, was reported to have had plans of auctioning the thousands of uncleared imported vehicles in Lagos State if the owners failed to comply with the newly introduced Vehicle Identification Number (VIN) valuation policy.

However, Bomodi, in his statement said that auctions are periodic and advertised in advance on the Service’s website to avail members of the public the opportunity of selecting and bidding for items of their choice.

He recalled that the Service deployed the e-auction platform in July 2017 specifically to improve efficiency in revenue generation to the federal government, as well as, provide equal opportunities to all Nigerians in the seamless disposal of seized/condemned and overtime/abandoned cargoes.

Mr. Bomodi said that since its implementation, the e-auction had lived up to expectations by guaranteeing transparency and integrity in the auctioning process.

He listed the requirements which interested public/bidders must have to participate in the e-auction to include: a valid tax identification number (TIN) issued by the Federal Inland Revenue Service (FIRS) with an active e-mail account for the issued TIN; an authentic and accepted means of identification such as the international passport, driver’s license, national identity card or voter’s card.

The NCS urged owners of uncleared vehicles across the nation’s ports to avail themselves of the VIN-Valuation protocol which has simplified automation and clearance procedure.