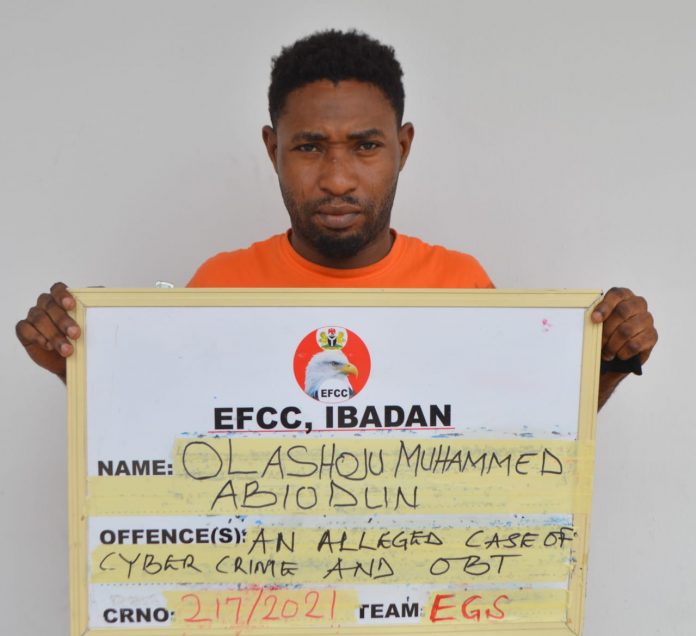 According to a statement issued earlier today by the spokesperson of the Economic and Financial Crimes Commission, EFCC, Mr. Wilson Uwujaren, the trio of Olashoju Mohammed Abiodun, Eniatimo Oludare Samson and Olaniran Abiodun, who were convicted on Friday, 24 June, 2022, were arraigned on separate one count charges each for offences relating to cyber-fraud.

TheFact Daily gathers that Olashoju Mohammed Abiodun, sometime last year, impersonated a Brazilian woman, Clara Walta, by which he obtained benefits and gained advantage, a pretext which he knew to be false, and thereby committed an offence contrary to Section 22 (2) (b) (i) and punishable under Section 22 (2) (b) (iv) of the Cybercrime (Prohibition, Prevention etc.) Act, 2015.

According to the charge against the second convict, Eniatimo Oludare Samson, he also, with intent to defraud, sometime in July 2021, knowingly impersonated one Clifford Allen, and falsely presented himself as such to one Natasha Stansel Laird via his Gmail Account in order to gain advantage for himself contrary to Section 22 (2) (b) (ii) of the Cybercrime (Prohibition, Prevention etc.) Act, 2015 and punishable under Section 22 (2) (b) of the same Act. 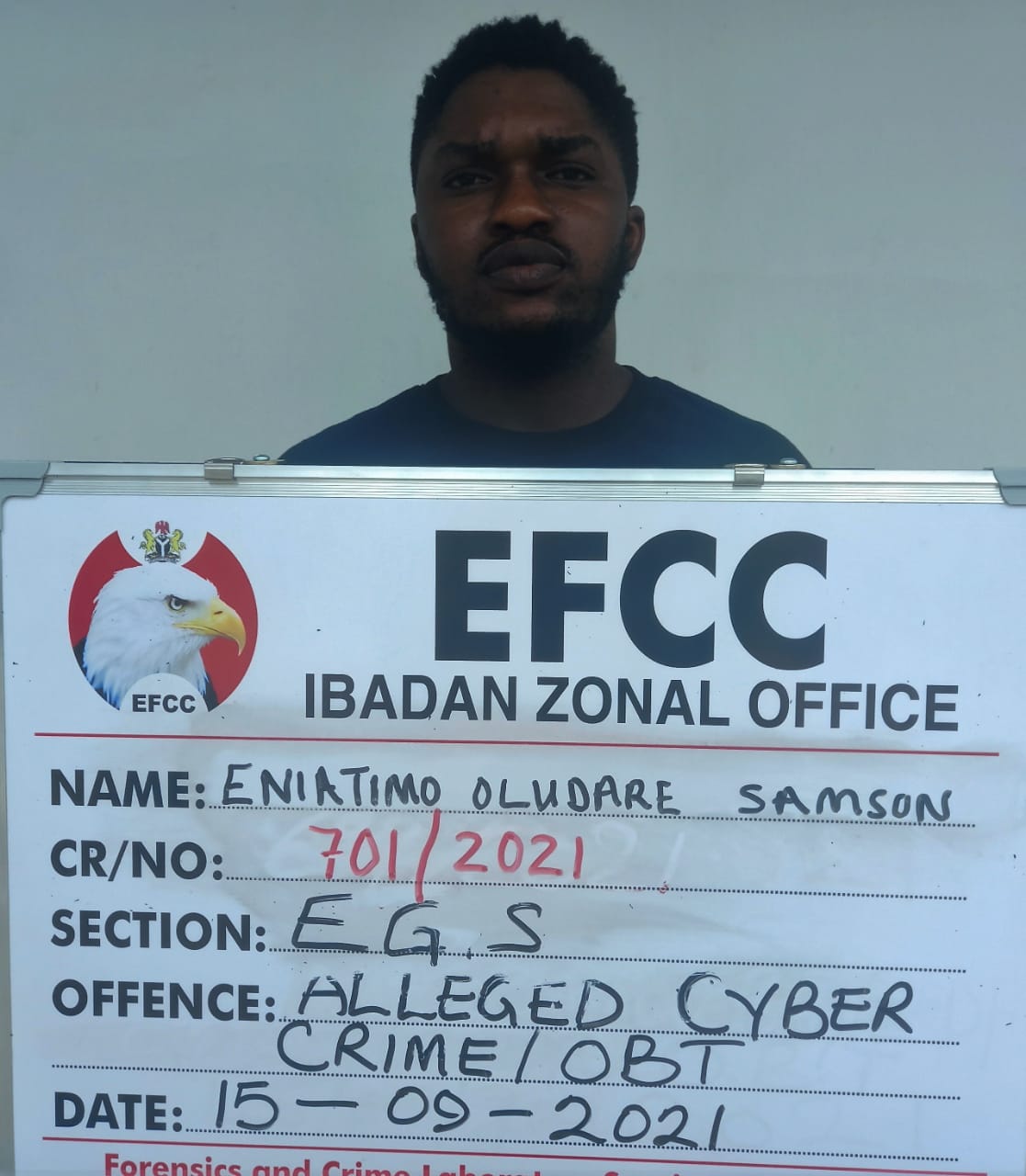 The charge against Abiodun reads: “That you, Olaniran Abiodun sometime in 2020, within the jurisdiction of this Honourabel Court, did aid some suspected internet fraudsters now at large to commit felony, to wit: impersonation, to gain advantage for themselves and thereby committed an offence contrary to Section 27 (1) (b) and punishable under Section 27 (2) of the Cybercrime (Prohibition, Prevention etc.) Act, 2015.”

They pleaded “guilty” to the charges preferred against them.

Afterwards, the prosecution counsel, Abdulrasheed Suleiman reviewed the facts of the cases, tendered documents as evidence and urged the court to convict and sentence them as charged.