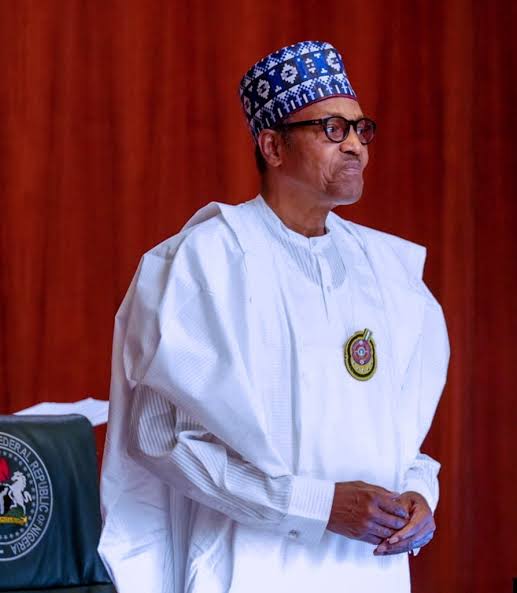 President Muhammadu Buhari has disclosed that the his administration has recorded notable achievements in the course of implementing its nine priority objectives and are establishing a solid foundation for future success.

Buhari spoke during the National Broadcast to mark the country’s Democracy Day celebration; 21 years of uninterrupted civil administration in Nigeria.

The President said, “we have recorded notable achievements in the course of implementing our nine priority objectives and are establishing a solid foundation for future success.

“On the economic front, our objectives have remained to stabilize the macroeconomy, achieve agricultural and food security, ensure energy sufficiency in power and petroleum products, develop infrastructure, fight corruption and improve governance,” he said.

He noted that the country has witnessed eleven quarters of consecutive GDP growth since exiting recession. The GDP grew from 1.91% in 2018 to 2.27% in 2019 but declined to 1.87% in the first quarter of 2020 as a result of the decline in global economic activities due to the COVID-19 pandemic.

He said, efforts was being intensified to grow non-oil exports and have started to yield some results. For instance, in the past year, our revenue from Cocoa and Sesame Seed increased by $79.4 million and $153 million.

He said, “the Power Sector remains very critical to meeting our industrial development aspirations and we are tackling the challenges that still exist in the delivery of power through different strategies.

“Our agreement with Siemens will transmit and distribute a total of 11,000 Megawatts by 2023, to serve our electricity needs,” he said.

President Buhari said, through the SUKUK-Funded Road Projects, a total of 412km of the targeted 643km road projects have been completed, representing 64%.

In the area of security, he said, “we remain unshaken in our resolve to protect our national infrastructure including on-shore and off-shore oil installations, secure our territorial waters and end piracy in the Gulf of Guinea.

“Ending insurgency, banditry and other forms of criminality across the nation is being accorded appropriate priorities and the men and women of the Armed Forces of Nigeria have considerably downgraded such threats across all geo-political zones.

“All the Local Governments that were taken over by the Boko Haram insurgents in Borno, Yobe and Adamawa have long been recovered and are now occupied by indigenes of these areas who were hitherto forced to seek a living in areas far from their ancestral homes.

“The total collapse of the economies of these areas, which constituted a threat to our food security, has also been reversed with the gradual recovery of farming and other economic activities,” he said.

The President said, “I will also like to convey our deep appreciation to members of the Press for your doggedness in the struggle for attainment of democracy since the beginning of our nationhood.

“I must admit that the relationship between the media and successive governments has not always been perfect. But there is no denying the fact that you have been an effective watchdog for the society especially in holding public officers to account. It is sad that in the course of securing our democracy, some of your colleagues have had to pay a heavy price.

“We will continue to guarantee freedom of the Press as we place high premium on responsible journalism that is devoid of hate speech, fake news and other unethical professional conduct.

“Fellow Nigerians, as we celebrate this year’s Democracy Day, let us remember that, notwithstanding our aspirations, humanity and indeed democracy is under the threat of COVID-19. Nigeria has survived many crises before and came out stronger. I am confident that by God’s grace we shall overcome this one and emerge stronger and more purposeful,” he said.

Buhari eases Lockdown May 4, orders compulsory use of Face Masks