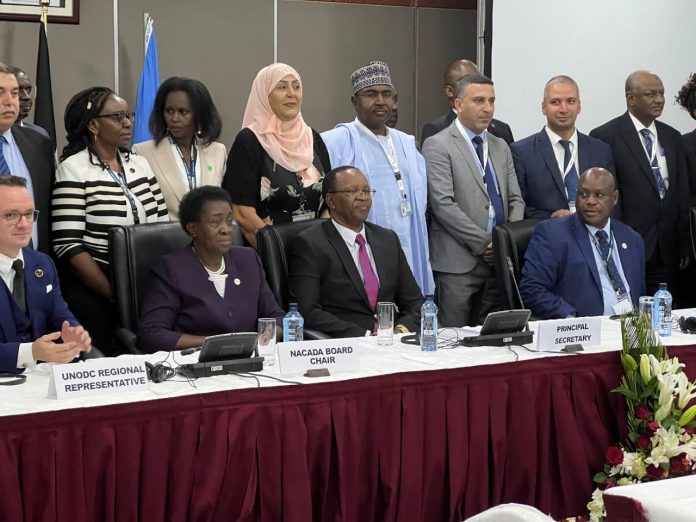 Marwa was quoted in a statement by the NDLEA’s spokesman, Mr Femi Babafemi, to have stated this while presenting Nigeria’s position at the ongoing 30th conference of Heads of Drug Law Enforcement Agencies Africa (HONLEA), taking place in Nairobi, Kenya.

TheFact Daily reports that Marwa, while briefing the meeting on the gains so far recorded by Nigeria in the fight against drug abuses and illicit drug trafficking, underscored the need for the emplacement of a national coordination mechanism that would ensure coordinated action against the menace, the starting point of which is the harnessing of all the stakeholders by the national drug focal agency.

He said, with the national coordination and collaborative effort, Nigeria has steadily made sufficient efforts in tackling drug challenges and has, been between January 2021 and August 2022, recorded over 21,000 suspected drug traffickers including 28 drug barons.

Nigeria’s anti-narcotics agency’s chief further noted that in the area of prosecutions, the Agency has secured 3,111 convictions and seized 5.4 million kilograms of illicit substances

On Drug Demand Reduction, Marwa said, the Agency within the same period, had brief intervention, counseling/rehabilitation programs for over 12,000 drug users.

While canvassing for regional and sub-regional collaboration, Marwa pointed out that the global drug problem had placed higher demands on countries to work round the clock to achieve this goal and consolidate the achievements recorded.

“It is on the above premise that my delegation is proposing strengthened collaboration at both regional and sub-regional levels. This noble objective could be realised with the creation of an informal network of HONLEA Contact Persons to complement and enhance real time exchange of intelligence or operational information. It will also enhance more robust activities all year round”, he said.

He also disclosed that Nigeria has taken practical steps to deepen collaboration at both national and international levels in countering the world drug problem in line with the principle of common and shared responsibility.

This was done through bilateral visitations and discussions that culminated in the signing of Memorandums of Understanding (MoUs) with countries and organisations. As such, “Nigeria’s statement is anchored on the need to deepen collaboration to fighting a common challenge as the world is taken by storm with the exponential increase in drug trafficking and use”, Marwa stated.

The NDLEA boss, who was earlier unanimously elected Vice Chairman of the Conference, expressed optimism that the synergy being called for would facilitate the speedy dismantling of drug trafficking cartels across Africa, through a more vibrant HONLEA platform.