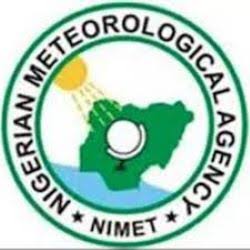 Nigerian Meteorological Agency (NIMET), has warned farmers in the north central states of the country against hasty planting in order to avoid huge losses.

The Director-General, Prof. Mansur Matazu disclosed this on Tuesday during the celebration of this year’s World Meteorological Day with the theme; ‘The Ocean, our climate and weather which took place in Abuja.

TheFact Nigeria reports that the World Meteorological Day is celebrated globally by more than 190 World Meteorological Organisation (WMO) member state to commemorate the coming into force of the Convention establishing WMO on 23 March 1950 with a carefully chosen theme to showcases the essential contribution of National Meteorological and Hydrological Services to the safety and wellbeing of society and reflect topical weather, climate or water-related issues.

According to the Nimet Boss, “It rained more than five hours in Kaduna a few days ago, Zaria, Kebbi and some north-central states also witnessed rainfall.

“We mentioned that at the beginning of the raining season, before the rain begins fully, during the transition, we will begin to witness occasional rains but they don’t signify the beginning of rains.

“The recent rainfall activities recorded over the central states as well as Kaduna, in the North-west between the12th to 20th March 2021 is a false onset as captured accurately in the 2021 Seasonal Climate Prediction.

“The recorded rainfall is as a result of the forcing functions namely: Mid-latitude wave and the Madden Julian Oscillation (MJO) that led to the Northward pull of the inter-tropical discontinuity (ITD) and increased moisture into the country.

“Farmers should not plant now but they can begin to clear their lands and strategize based on our prediction.

“However, the earlier predicted onset of rains for the rest of the country remains valid, with the Central states witnessing the rains in late April to Mid-May while the Northern states would experience theirs in late May to June ending.” he said.

The professor urged farmers that other preparatory planting activities such as land clearing, purchase of inputs should commence as scheduled.

Matazu while emphasizing on the importance of the ocean, noted the it covers about 70% of the earth’s surface, and also carries more than 90% of world trade.

The Nimet boss decried that millions of dollars in goods and hundreds of lives are still lost at sea each year due to extreme weather condition such as high winds, large waves, fog, thunderstorms, sea ice and freezing spray.

He also said over 400 lives were lost in 2020 across 20 states of the federation as a result of flooding.

” The money that will be spent by the government and others will be eight-fold time the amount used to warn against it. That means early warning is effective and critical.

“If a farmer adopts our forecast and information, it tends to increase their yield by more than 30 percent and also reduce risk by more than 90 percent. By integrating weather climate information into our activities, we will be improving our comfort, productivity and thereby improving our input to the GDP.”

On the loss recorded, he said: “Last year was a year with high extreme event. About 400 people died last year and more than 20 states were flooded. So many cases of loss of infrastructure and property by government and citizens were also recorded. That is why we give the information early enough. We need to take the weather very serious because it will reduce the risk and enhance our productivity as a whole.”

Matazu also said investment in meteorological and hydrological services was inevitable to secure lives and property along the coast, and mitigate the impact of climate and weather extremes.

Earlier in his remarks the Director General of National Emergency Management Agency (NEMA) Muhammadu Muhammed who was represented by the Deputy Director of planning, Fatima Kassim said” your annual seasonal prediction has always been of great help and assistance to us and other stakeholders. We you your releases to prepare for and respond to the prediction of the rainfall pattern as well as climate change”.

IGP Bans Use Of Unapproved Apparel On Routine Operations