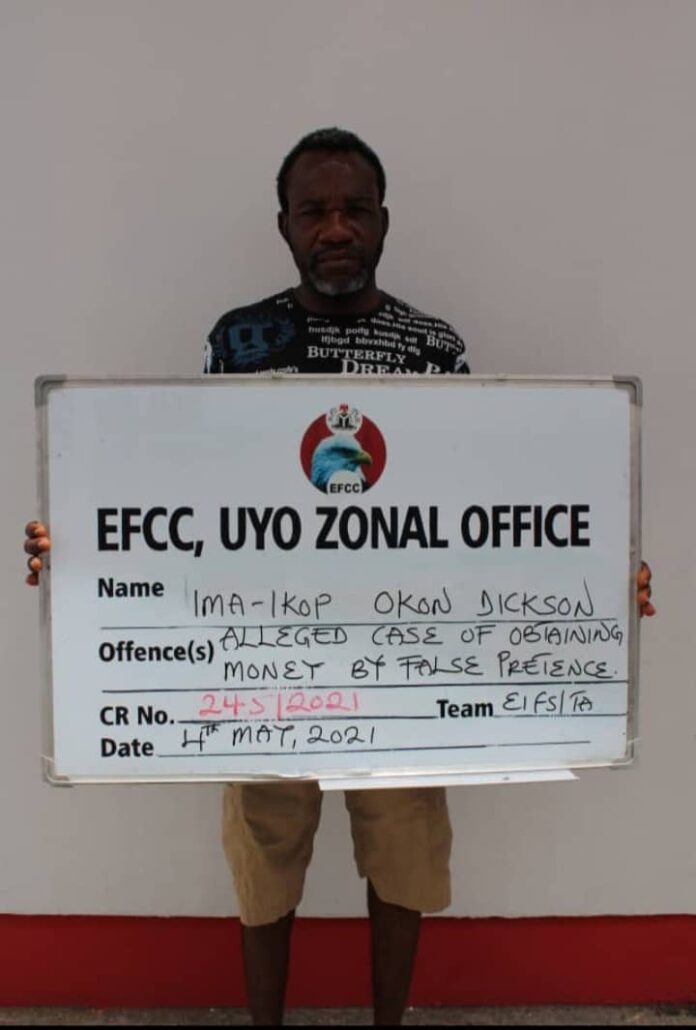 Operatives of the Uyo Zonal Office of the Economic and Financial Crimes Commission, EFCC, have arrested a syndicate of 5 suspected land scammers in different locations of Uyo, Akwa Ibom State.

According to the Commission’s Head of Media and Publicity, Mr. Wilson Uwujaren, the land scamming deals are to the tune of about N23m. 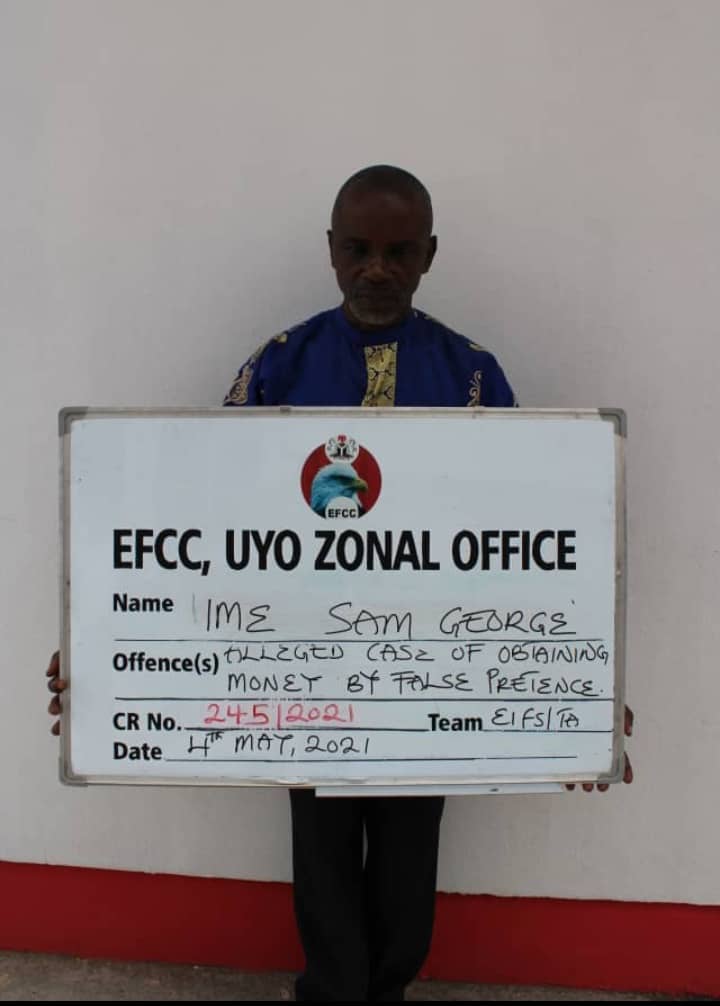 They were arrested based on a petition by one Emmanuel Etti who alleged that in July 2020, he got a call from one Grace Anietie Otuekong (currently at large) offering to sell a landed property belonging to the mother, Lucy Akpan, purportedly to save the life of her husband, one Hon. Anietie Otuekong that was critically ill.

According to the complainant, he was made to pay the money to Lucy in cash which he did in tranches to the tune of N23m. He later suspected foul play when he requested for her account details to complete the payment and the suspects disappeared.

Investigations into the matter revealed that the syndicate specialize in acquiring the master plan of a particular land and using same to dupe unsuspecting victims after claiming to be family members. This modus operandi worked for them for years until luck ran out on them on April 28, 2021, when operatives of the Commission arrested them. 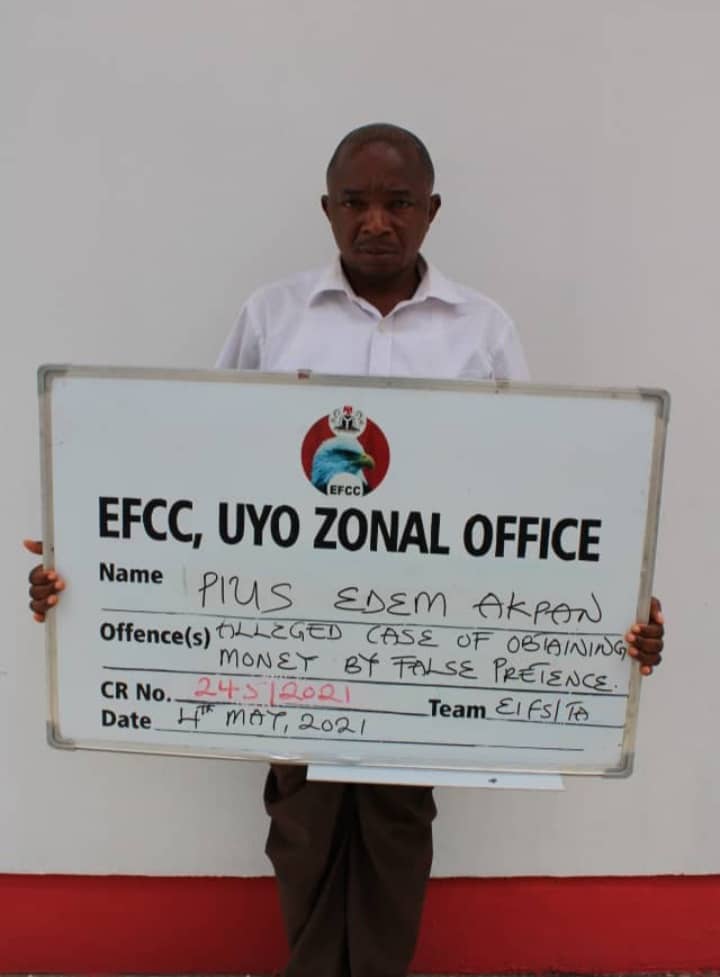 “I Can Do Anything With My Body”- Bobrisky Replies Critics