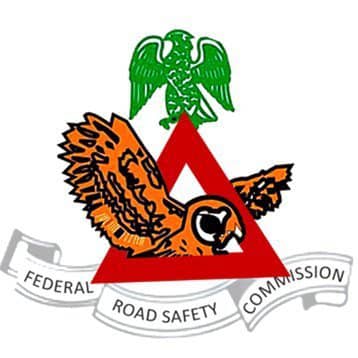 Consequent upon the declaration of Thursday, 13th May, 2021 as the day of Eid el Fitr in Nigeria, the Federal Road Safety Corps, FRSC, has commenced massive mobilisation of its personnel and operational equipments for the Sallah special patrol.

According to the Corps Public Education Officer, Bisi Kazeem, who disclosed this, the Sallah special patrol is aimed at ensuring safer road environment, before, during and beyond the festive period.

To achieve this, he said, said not fewer than 35,000 of the FRSC Regular, Special Marshals, and Road Safety Club Members, about 750 Patrol Vehicles, 120 Ambulances, 25 Tow Trucks and over 200 Bikes, would be on the road during the special operation that would commence from Tuesday, 11 to Monday, 17 May, 2021.

Kazeem stated that the Corps is embarking on the special patrol operation to ensure that motorists and other road users have a hitch free celebration, amidst the COVID-19 pandemic and security challenges in the country.

“The mission of the special operation is to ensure free flow of traffic, provide prompt rescue services and timely clearance of obstructions on all major roads and critical corridors across the country before, during and after the festive period as well as minimize the occurrence of road traffic crashes on the nation’s highways through effective patrol operations and sustained public enlightenment campaigns”, he said.

He added that, the Sallah special patrol was not new as “the FRSC has a tradition of always organising special patrols during festive periods as a way of averting the chaos that characterise the road during the celebrations”.

He stressed that motorists must endeavour to avoid traffic violations and remain conscious of their safety to avoid not only arrest and prosecution by members of the Corps, but falling prey to avoidable road crashes.

The FRSC Education Officer further revealed that to ensure effectiveness of the operations, the Corps Marshal, Dr Boboye Oyeyemi directed commanding officers operating across various formations nationwide to see to it  that the 52 corridors are properly manned throughout the period of the operations.

He however appealed to motorists to obey all traffic rules and regulations, and cooperate fully with the FRSC and other law enforcement agencies that would be deployed for traffic management duties, warning that Mobile Courts would be in session across the country for prompt dispensation of justice to recalcitrant traffic violators.

The Corps Marshal also directed that the operatives pay first-rate focus on Effective Traffic Control, wrongful overtaking, use of phone while driving, drivers licence violation, lane discipline, removal of rickety vehicles on the road, driving with expired and/or worn out tyres and without spare tyres, amongst others.

To achieve these, operational equipments have been deployed in the categories of Radar Guns, Breathalysers to put a check on drunk driving, while operational logistics materials are also to be fully deployed for this exercise.

More so, the Corps Marshal has equally directed that all Zebras must be active 24/7 and be responsive to calls within the minimum FRSC response time to crashes reported.

The Corps Marshal, while  felicitating with the Muslim faithful,  reechoed his earlier call on them to manifest love, care and continuous obedience to established laws, so as to portray the lessons learnt during the ramadan, in positive light.

Oyeyemi assured all Nigerians of full deployment of personnel on the highways as well as crash emergency rescue services for prompt rescue and evacuation of crash victims in case of any mishap, while also urging them to show special consideration and attention to other road users so as to create a safer atmosphere for all during the celebration.

The Corps Marshal further called on Nigerians to cooperate with law enforcement agents and ensure maximum compliance with all directives on restrictions and physical distancing.

He stated that the National Traffic Radio 107.1 FM will continue to operate 24/7 to give real time traffic update and called on all travellers to take advantage of the Station and the FRSC Toll Free numbers 122 to report any obstruction, crash or gridlock witnessed on the road for prompt intervention of the nearest Command.