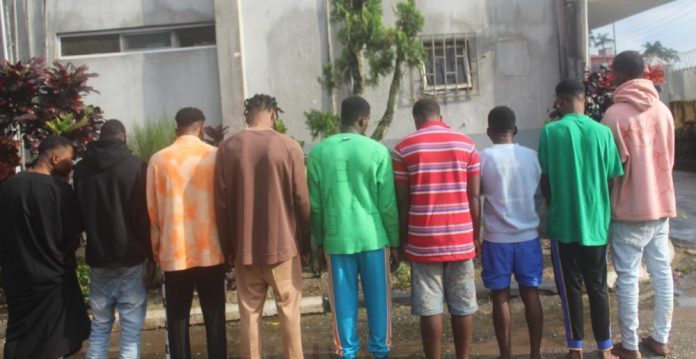 Operatives of the Benin Zonal Command of the Economic and Financial Crimes Commission, EFCC, have arrested two owners of yahoo schools and seven other suspected internet fraudsters in Benin City, Edo State.

The anti-graft agency, through its Head of Media and Publicity, Mr. Wilson Uwujaren, disclosed that the suspects were arrested on Tuesday, 13 September, 2022.

TheFact Daily gathers that the school, Internet Fraud Coaching Centre (aka HK), was owned by Osagie Ogiemwonyi and Onukwugho Favour.

The other seven suspects, who were the “students” of the school include: Destiny Ohikwugbe, Chata Okoro, Ighodaro Omede, Ehigie Idemudia, Lawrence Daniel, Raymond Ogiemwonyi Oghosa and Henry Philip.

They were arrested at their centres following actionable intelligence worked upon by the Commission.

Items recovered from the suspects include a Mercedes Benz GLK, Lexus 350, phones and laptops.

According to Uwujaren, the suspects would be arraigned in court as soon as investigations are concluded.